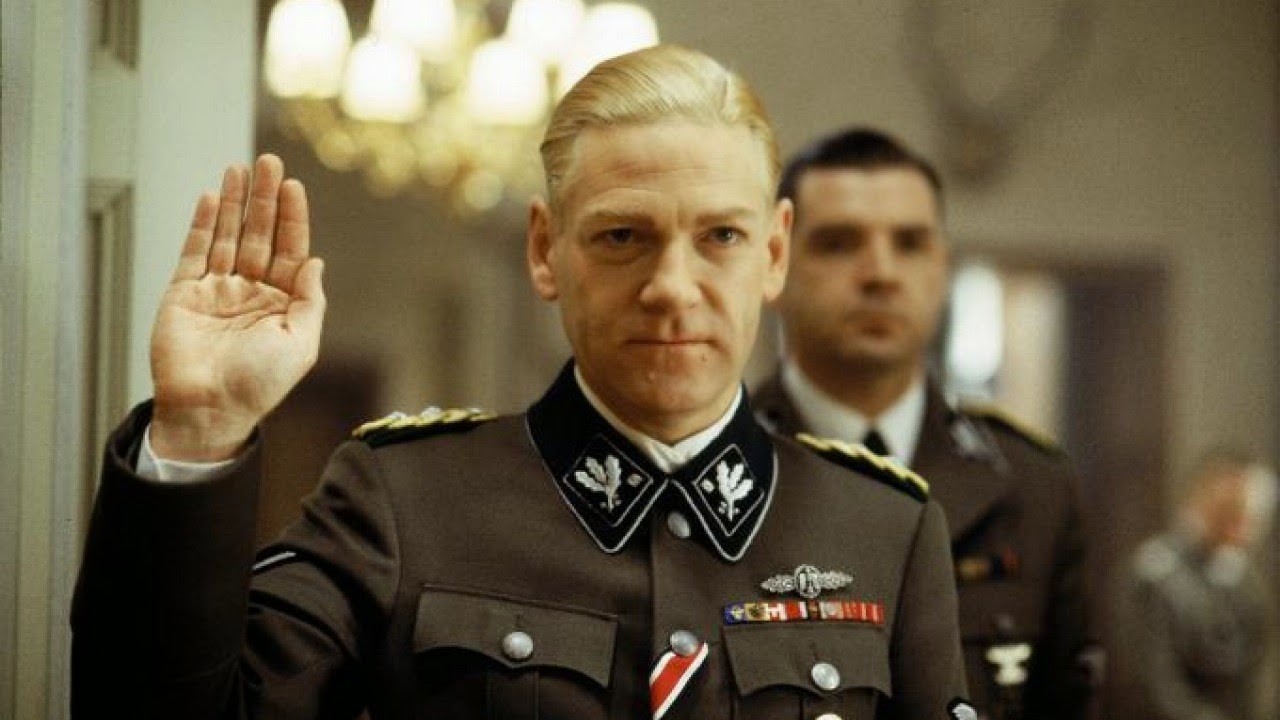 “Conspiracy,” a film about those critical 90 minutes, offers one of the only dramatic accounts of the conference thus far made, and perhaps with good reason: to be in the same decision room with a group of men deciding the fate of millions of Jews remains unfathomable as a concept. Watching it, I was paralyzed with a sense shame and disquiet. And that’s remarkable given the context of which we as moviegoers have already absorbed the tragedies of the Holocaust. The core mechanics of the Nazi state have already shown us unspeakable crimes with unflinching detail, but what is it about a few moments locked away with a series of bantering Germans that rattles us so deeply? Their impulses play into a certain morbid curiosity we share in the corrupt psychologies of others, and yet the reach of their influence fills what is about to happen on screen with an added depth of menace. We fear them because they bring monstrous possibility to the essence of human reasoning.

Director Frank Pierson never lets that knowledge escape us, even as the details are portrayed with pragmatic straightforwardness. At the opening of the picture, a hushed gathering of servants wander through the warm corridors of a mansion in preparation for some impending gathering – of what, they do not wonder, because one gathers they know there is a price for prying. A lone figure emerges from their hustle with certain authority: Adolf Eichmann (Stanley Tucci), who agonizes over details with impassioned likability, as if to diminish the foreboding tone of the Germans as they gradually descend on this estate. They exchange simple platitudes that are usually lighthearted and disposable, but a thin veneer of suspicion overtakes the exchanges. “This meeting is not taking place,” Eichmann warns his staff. “You will take no calls for anyone at this meeting. Unless the Führer calls. And he won't.”

Germans arrive in rapid succession, and banter in a manner that seemingly contradicts the meaning of their conference. Some trade anecdotes about the varying political positions they hold in Berlin, others gossip over the incompetence of the Moscow brigade. Amidst these exchanges is an awareness that they have all been brought together for a meeting of very high importance, and when the threatening visage of Reinhard Heydrich (Kenneth Branagh) arrives to talk business, it seems to implicate something unspeakable. Heydrich was, of course, one of Hitler’s most senior officials (the Führer referred to him as “the man with the iron heart”), and those who knew him best sensed that wherever he went, a serious intention was usually not far behind. The air he brings with him in those initial moments reeks of danger.

The conflict that brings them together: the Reich has reached a pivotal point in figuring out how to handle the “Jewish problem.” What sort of problem, you may ask? Nearly two million living Jews were in possession of the Nazis by the start of 1942, many of them held captive in ghettos in occupied territories across Europe; others still were being held in work camps, many of which were once German civilians who had been exiled thanks to the immigration policies written in the Nuremberg laws. As their lands had been combed of Jewish influence and ghettos were being overfilled, alas, it was becoming obvious to the regime that the number of captives in their control was simply too large to handle through simple geographic movement. Couple that with the prospect that they expected to inherit several more million with the occupation of Russia, and an immense dilemma began to undermine all thoughts of proposed success.

“The Final Solution to the Jewish Question,” as it is forever known as, was a succinct one: Germany would use its occupied territories to construct a series of holding camps, and over the course of years they would “evacuate” the prisoners to them. In truth, the word “evacuation” was simply a euphemism for extermination, and the movie plays an intriguing balancing act with dialogue so as to not come right out and say such things (at least initially).  “I have the real feeling I "evacuated" 30,000 Jews already, by shooting them, at Riga”, one of the figures indicates. “Is what I did, evacuation? When they fell, were they evacuated?” Heydrich smiles almost sickeningly when he offers his response: “Yes. In my personal opinion, they are evacuated.”

Those in the room sharing space with Heydrich and Eichmann are not entirely in synch with the prospect. The minister of the Reich Chancellery, initially told by other officials that extermination would never be part of the liquidation process of Jews, is silently horrified by the implication. When the topic comes up about deciding who qualifies as Jewish in a household of mixed marriage, Dr. Wilhelm Stuckart (Colin Firth) offers biting criticisms of the way the Nuremberg laws are being altered for political reasons. And as the conference progresses and Eichmann presents his plans for concentration camps, the unease of others is intensified with an even bleaker realization: the acknowledgment that the decision was already made for them long before the conference began. Why the formality of a closed door session, then? The possible ramifications would have undermined the Reich more easily if it did not have the support of its outlying voices, effectively making the Wannsee Conference not just an example of horrendous decision-making, but perhaps the most evil sales pitch in the history of politics.

From the perspective of film – and through its capability of thought and persuasion – “Conspiracy” captures exactly what one expects of such incriminating details. It is fast, urgent, and abrasive. There are moments where the chords it strikes are undermined by inexplicable technical qualms, and with good reason; nearly all of the lead stars are speaking English in a British accent, which causes some level of emotional disconnect in our ability to accept them as German war officials. On the other hand, any other scenario might have displaced us from the opportunity to see some of these actors in the material, and both Branagh and Tucci, two very gifted British thespians, are very effective at embodying the conniving sincerity of their personas. Some may find themselves so enamored with their conviction, in fact, that it can be seen almost like a disservice to spend so little time with them; at a mere 90 minutes, the movie whizzes through the information with minimal regard to emphasizing the behaviors of its listeners. Even then, though, what would be the point of stretching it unnecessarily? Any greater amount of time might have meant putting more distance between us and the truth, which violates the primary functionality of this story. It is certainly a brief encounter we share with these men in that crowded dining hall, but their ideas will play like the launch point of an endless nightmare.

Yes. Done 13 years ago. But a great review telling us the awful pre-planning to legitimize holocaust, the circumstances of the meeting, and what to expect.
Thank you Mr. Levy

Superbly written article, if only all bloggers offered the same content as you, the internet would be a far better place.. Yoga

The writer here does a fantastic job of summarizing and characterizing what we see. This film impacted me greatly the first time I saw it, as it was my first knowledge that such a meeting took place. Having visited Auschwitz/Birkenau prior to viewing, the horror of what we see birthed here, ironically amongst the finest crystal and gleeming finery, was even more devastating. EVERYONE should see this film. As a non-Jew, my feelings of guilt and empathy are overwhelming, as though no one in my family had the slightest connection to these places and times, the Holocaust is a forever stain on the human soul which we must do everything in our power to cleanse.

Stanley Tucci is American, not British. In "Conspiracy", he is the sole American among an otherwise all-British cast.