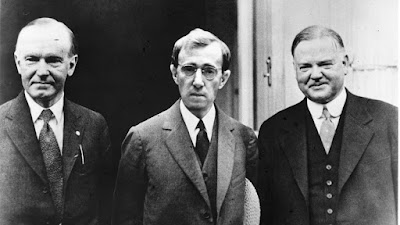 Over a period of four years in the middle of his lauded creative boom, Woody Allen assembled the pieces of what would become “Zelig,” a faux biography about a man from the early 20th century who could physically change his appearance just by being in the company of others with similar attributes. At the time, the ambitious artifice was merely regarded as a self-contained display of his comic ability, a closed world of the sorts of wisdom and quirk than often ran unrestrained in his more mainstream endeavors. Looking back on it now, however, one uncovers a deeper meaning, particularly when we use the full hindsight of his career as the framework. Like the enigmatic Leonard Zelig, Allen harbored deep questions about his own value that were frequently sidelined in an attempt to “fit in” with the world’s perceptions, and making movies – much like changing identities – became an outlet to work through the impulses and behaviors. If the sum of his career can be seen as a series of destinations on a road to that discovery, then his strange, off-the-cuff “mockumentary” provides the most unlikely roadmap.

Although the allure of his persona has wavered in the years following allegations of questionable private practices, rarely has his aesthetic been in doubt. Working through his long filmography, particularly in this age of cultural sanitation and simplified styles, his is a chutzpah that emerges from that elusive place of honesty – for himself, the audience, his characters, and the situations that bring them together. The illusions, in many respects, are just elaborate vehicles travelling towards that goal. Consider how hypnotizing the production values of his “Radio Days” seem in comparison to the understated passages of “Interiors,” for instance. Remove the contrasting approaches, and are they really all that different films in their agendas? Do the people on the screen in both not maneuver through the material carrying the weight of the same traumas, anxieties and desires? Do they not engage in colorful witticisms as a way of neutralizing the weight bearing down on them? With age and experience comes the gradual realization that his pictures are symbols of a life in constant search of a greater moral solution.

You sense much of this at work in “Zelig,” particularly in a series of scenes involving the main character involved in hypnosis. The setup is direct: the camera sits at a distance while a nurse (played by Mia Farrow) attempts to resolve a strange anatomical abnormality by exploring the details of his past. There is a great sense of abandonment lurking behind a facade, stemming from years of neglect and ambivalence on part of unloving parents, but also an alarming acceptance of it; Zelig no more mourns their displaced attitudes than he ponders the mechanics of breathing. Dr. Fletcher arrives at this source through a hypothetical projection that accomplishes two things: 1) showcases Allen’s skill for orchestrating the psychological currents of his characters, and 2) reveals the great mystery of a persona that, like him, dreads the idea of being perceived as a lifelong outsider. That Zelig’s condition is an elaborate fantasy does little to undermine the heartful realism of his story, which is less about methods and more about the justifications of how we deal with each other’s distorted perceptions.

The crisis – or phenomenon, depending on the source – involves one of the more well-known case studies of his era, a man who endured notoriety as the “chameleon” to all those who heard his name. This was a process first observed, the movie tells us, at a social gathering in 1928, where the mysterious Zelig rubbed elbows in a burgeoise circle littered with Republicans; speaking highly of the Coolidge administration, he then wandered into the servants quarters and engaged with them as if a champion of Democratic policies. Okay, you might say: what’s so strange about adapting to the social norms of your peers? Nothing, if your desire is to fit in. But then Zelig’s strange world undergoes added intrigue when the social adaptations become, quite literally, biological. Among a duo of overweight men, he becomes obese. Later, after mysteriously disappearing from public life, he is mistaken as Chinese among a troupe of Asian workers and, sometime later, a native American. Pictures and video footage show a face that has been altered almost unconsciously, with the same ambivalent eyes resting beneath exteriors that have undergone significant transference. Is he play-acting on an impulse to never stand out, or is there something much more going on in this unorthodox life?

The biological explanation tells us that actual chameleons change their appearance as a safeguard against uncertain surroundings. Dr. Fletcher theorizes the same for a man who is clearly at odds with his own sense of self-worth. This comes to pass through a documented study that plays like archival newsreel footage, including testimonies from witnesses (then and now) and snapshots of news headlines discussing his infamy (there is even a well-placed merchandising scheme, showing a society in the early throes of materialism). The footage itself, created by using old film stock and lenses originating from the 1920s, carries a vintage look that is impeccable; there is a sense while observing the material that what is occurring on screen is in fact lifted from a genuine archive rather than played up by modern illusions (notice also how his characters are integrated in scenes containing footage of historical figures like F. Scott Fitzgerald, essentially inventing the technique Zemeckis would use for “Forrest Gump” a decade later).

The dialogue, meanwhile, does wonders at hiding its own self-awareness, particularly as Allen himself – frequently neurotic in most of his screen personas – works through the motions of a character that only senses his dilemmas in unconscious passages. Ultimately that leads to some of the more precious discoveries of his mystifying Zelig, including scandals: while courting the very doctor that is attempting to lift the psychological clouds around him, news circles discover the impulses of a bigamist, and here is where Allen includes the inevitable public apology sequence that is priceless in how the sincerity of it is interlaced with even more awkward admissions.

At some point, of course, we cease being amused by the whimsical nature of the character and find ourselves projecting something more onto him: namely, a behavioral pattern that closely resembles how his creator has moved through his own career across the span of six decades. Did he intend such a parallel? It’s unlikely. But like all the great comparisons between authors and their creations, common bonds simply make themselves obvious over time, like prophecies that become literal with passing time and experience. Some, like me, did not always sense this early on, when Allen’s movies seemed like elaborate conjectures of something beyond ordinary understanding (or worse yet, total evasions of difficult issues). But time has been kind to much of his early work, which no longer seem like the lightweight fodder their outlines suggest. They are about the frivolity of absolutes, the utter irrelevance of stubborn worldviews. Each moment is like a reconsideration of the last, cast in doubts and fears that arise when a desired result is rarely achieved. To see them is to witness a man changing his mind with each new exchange. “Zelig” embodies the core of that ideal and transitions, from one scene to the next, like a living organism in consistent pursuit of the next piece of the puzzle.