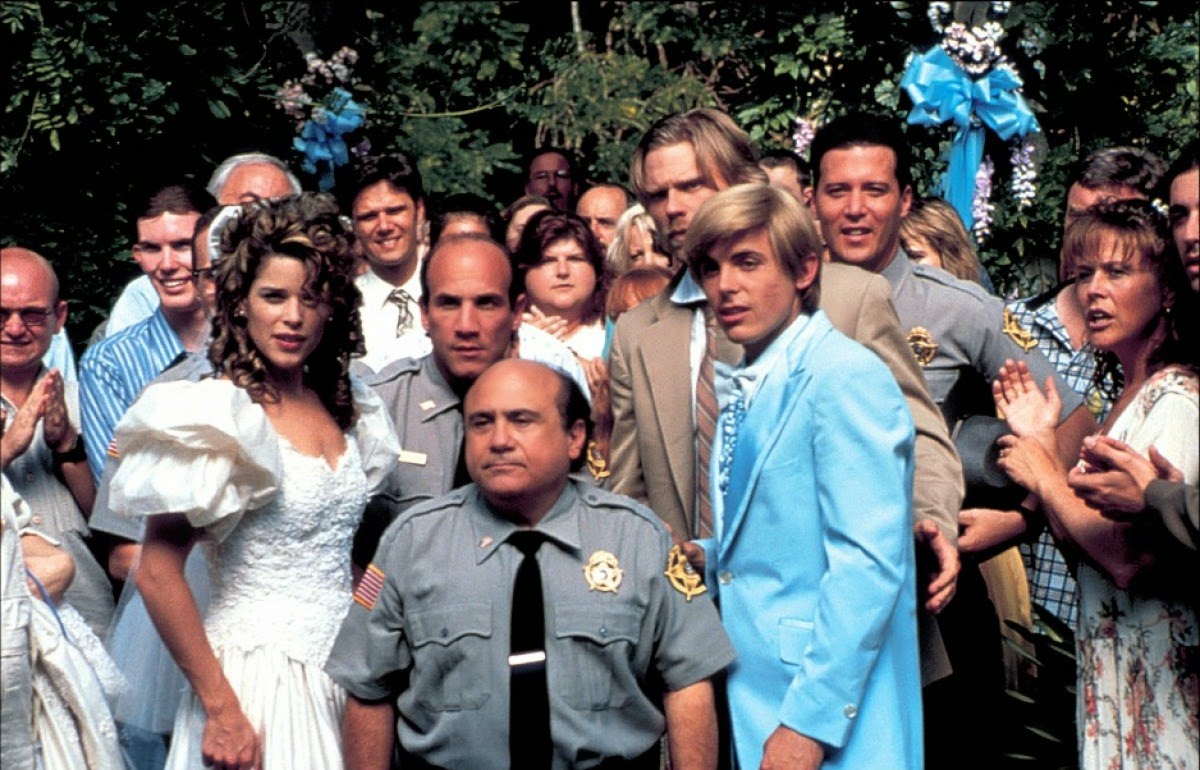 The early moments of “Drowning Mona” assemble the plot as a whodunit, with the residents of Verplanek, New York, hearing that their most hated resident, Mona Dearly, has plunged her car off of a cliff and into the water, and that the unfortunate accident may have been instigated by one of the many people who knew her. Then it gradually finds itself venturing into new territory, at first trying to be a quirky character study and then later approaching the tone of a farce. It’s easy to see something amusing emerge from this combination: a murder mystery with complex characters and eccentric intentions, after all, holds great potential simply from description. But any potential one might have expected from this flick is dashed even before there is a chance to build up the hope. “Drowning Mona” is a spiritless, flat comedy that tries to accomplish more than it can handle; it scrambles over all sorts of characters and plot twists, but never finds the time, or necessity, to probe things deeper and find stability.

You know something’s rotten in Denmark to begin with when Bette Midler is killed off before the opening credits are finished. She plays the title character Mona, who has trouble on a curve when driving and plunges her car off a cliff and deep into the sea. When the wreckage is retrieved, it is discovered that someone has tampered with her brake lines. The town’s sheriff, played by Danny DeVito, opens up an investigation where virtually every person in town is a suspect. That’s to be expected, though, since everyone in town hated the sight of Mona to begin with.

The odd assortment of character suspects has a substantial ensemble cast attached. Top billing goes to DeVito as Police Chief Wyatt Rash, who opens the case for murder and seems like one of the only mentally stable personas of the entire town. Neve Campbell plays Rash’s daughter, Ellen, who is engaged to the young entrepreneur in town Bobby (Casey Affleck). Then there’s Rona the waitress (more specific, the town slut, played by Jamie Lee Curtis) who has been having affairs with both Mona’s husband Phil (William Fichtner) and son Jeff (Marcus Thomas) for quite some time. The significance they have in the underlying premise varies, but all of them (and then some) are prime suspects in the apparently-provoked murder of Mona Dearly.

Think of the assemblage of plot techniques: does it matter that they have little similarity to one another in terms of structure? Not really. If there is enough good intention, any match of ideas can be shaped accordingly. But “Drowning Mona” cannot even get that part correct; the entire script grows trite and obvious with one idea, then shifts gears to another without ever establishing a shape. When the characters are being entirely investigated, for instance, the screenplay forgets the importance of the mystery and slacks off in finding the definite answer as to who induced Mona’s tragic death. And because the players are so underwritten, the audience is never able to tap into their frequency; they are distanced by an endless display of stupidity and shallowness. What’s worse, none of it is ever funny.

Even though the title character buys the farm long before the “whodunit” element kicks in, the few flashbacks she’s featured in reveal someone whom we would have liked to gotten to know better. Bette Midler is more than a capable actress: she’s a screen gem. And she maintains Mona with a shrewd sense of awareness and charm, ever so often pouncing on her costars with an attitude the size of Texas. Throughout the first act, I realized that Mona’s death was not a blessing for those who live in her town; it was a blessing for herself. Otherwise she would have been forced to be one of the only intelligent people in a town filled with complete idiots.

Exactly who killed Mona? Who hated her enough to commit such a heinous crime? If only the story had probed these questions, and others, a little deeper. There simply isn’t enough time permitted for such things to happen, however; so many characters and plot twists are incorporated into the script that managing them takes all the time and effort away from the details. We want to know the answers to the mystery. We really do. Even though the film has too many problems to save its own hide, it intrigues us to know who murdered Mona, and why they had the gumption to do so. But by the end, when the plot finally self-destructs, even the answers leave us disheartened.