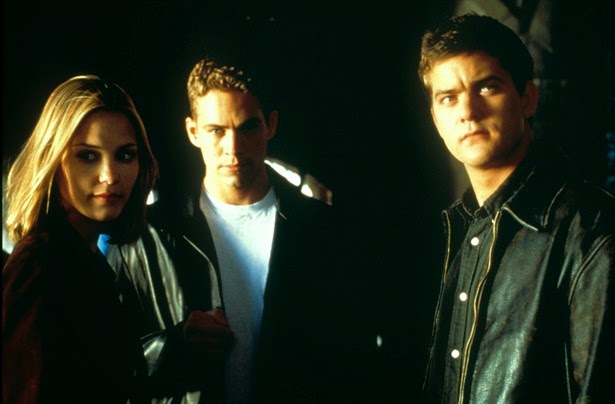 Sitting in the middle of an angered audience at “The Skulls” may have been a blessing in disguise—the only element of the evening that kept me, and several theater patrons, from dozing off in their seats at the sight of a mindless catastrophe crumbling on screen. Supposedly a “thriller,” the film places its focus on a society called (you guessed it!) The Skulls, which are said to be restricted and secret, but for one reason or another have a big logo on their building so the entire University knows where they are. It’s amazing that so many viewers were still seated by the time the end credits began to roll.

One cannot argue that it takes great strength and ambition to mold a good movie, but sometimes it takes even more to produce a lousy and inept one. That is certainly the case here; this is a film that uses vigorous young stars, potent directing and a big budget to try and cover-up the fated script, which is an insipid concept that thrives on stupidity and pretentiousness. Any human with a shred of intelligence, however, will see through the bleakness of the details right from the beginning. They will know what kind of crap they are dealing with long before the infectious plot has a chance to set in.

The year already seen its fair share of cinematic travesties, and “The Skulls” is undoubtedly the worst of them: a droll, painfully childish experience that will only serve as evidence that 2000 may, already, be the worst year for films since 1800, when motion pictures hadn’t even been invented yet. It is, of course, inspired (more accurately, ripped off) of the Yale University’s “Skulls & Bones” society, but that’s beside the point. What would any elite society on a college campus think about this supposedly confidential organization when the members have all sorts of accessories (like watches) with skulls on them, enabling others to easily detect their locations?

Joshua Jackson plays the main character, Luke McNamara, a championship rower who has worked hard all his life and is now pursuing a degree at Yale University. Soon, he is sought out by Skulls alumni to become one of the newest members of their elusive society. All seems harmless, at first (he makes new friends and is showered with expensive gifts), but the concerns of Luke’s good friend, Chloe (Leslie Bibb) prompt a deeper exploration. The hook for this investigation launches when Luke’s dearest friend, Will Beckford (Hill Harper) is murdered and the new Skulls member goes in search of the surveillance tapes to learn exactly what happened. But the simple search gets more involved than Luke could imagine, and he soon finds himself trying to get out of the Skulls before he winds up dead, too.

The plot steals its foundation from the likes of “The Devil’s Advocate” and “The Firm,” using their formulas to try and support a ridiculous story that grows more tacky and moronic by the minute. The movie is scary, but for all the wrong reasons; one of the most unnerving details, beyond most others, is the notion that some former US Presidents, unnamed in the movie, may have actually been members of this Skulls club. If that were true, then a law should be implemented to do extensive background checks on every potential election candidate. Now I know that George W. Bush, this year’s republican front-runner, is a pledged member of Yale’s “Skulls & Bones” guild like his father, and that society has no definite connection with this one. Still, there’s room for some speculation: how would the Bush’s feel to know that their organization may have inspired such a dimwitted thriller? Pretty peeved, I imagine.

There are countless problems with this mess, but what the film lacks most are sensible ground rules. There is no more an apparent display than in one of the final scenes, in which there is a confrontation between certain individuals. A “duel,” as they call it, would take place in the dead of night with no witnesses, but the one in the movie is in the bright of day, out in the open where practically anyone can watch. Bravery or stupidity? I presume it’s a mix.

There is a notion that sometimes movies can be so bad that they’re actually good. Sometimes I agree (who remembers “Lake Placid?”). But frankly, there are movies so bad, so stupid and overblown, that even laughing at the failed approach becomes an impossible feat. “The Skulls” is that kind of picture: a movie that lives and dies by the awkward notion that secret societies can be dangerous, even though they can’t quite grasp the notion that accessories like wrist watches with their logos on them are dead giveaways.