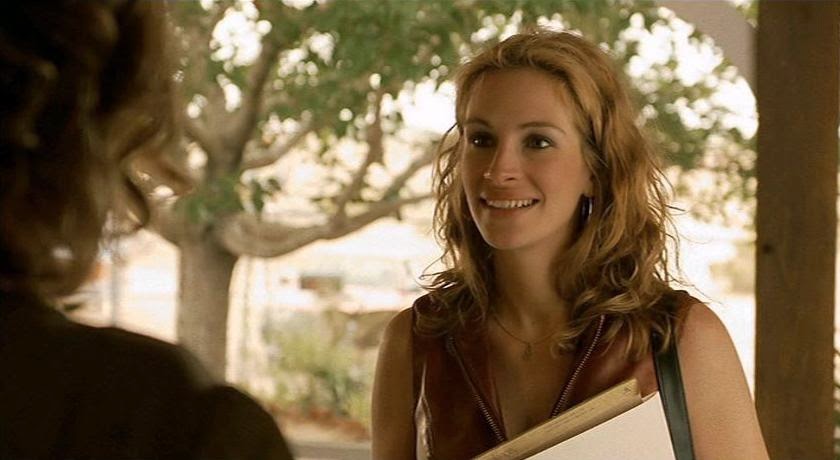 As an actress, Julia Roberts has gallantly survived one of the most unyielding hardships: a relentless affiliation with romance comedies that, frankly, are stale in substance and scarce in character development. Those who have seen her act in great roles like such as those in “Steel Magnolias” and “Conspiracy Theory” (not a great film, but she was pretty good anyway) should know what she is capable of on screen, and indeed, those who will see her in the new “Erin Brockovich” are going to be amazed at how such an under-appreciated thespian is cast in many second-rate roles, but always manages to return to the spotlight brighter than ever before.

“Erin Brockovich,” at first glance, looks like a big courtroom drama with the same hook as that of “A Civil Action”—a local water supply is contaminated, and people are drinking it, causing various health problems to surface. But that’s only the small hook here; the film is actually a highly poignant character study, constructed without the use of dramatization or a feeling of manipulated sentiment. That might be a rational conclusion, considering that the material here is taken from real-life incidents and told around a real person named Brockovich. I know little of the facts themselves, but what is seen on screen is believable, energetic, intelligent, and even funny.

The story tells of thirty-something Brockovich, who has three children and lands a job at the local law firm as a file clerk (she assures us that working with lawyers and liking them do not always go hand-in-hand, though). Shortly afterwards an intriguing file comes to her attention, one that involves a real estate case and contains all sorts of unrelated medical records inside. Doing extensive research, she finds that the property’s water supply, accessed by several local citizens, has been contaminated with “hexavalent chromium,” a carcinogen of highly toxic proportions that can get into the bloodstream. Her efforts further prove that the tainted water supply has poisoned many residents nearby, and that PG&E, a multi-million dollar company, is behind it. Such a case is difficult to handle, but Erin encourages her employer, the attorney Ed Masry (Albert Finney) to jump on the bandwagon.

Meanwhile, Brockovich’s relationship with her children and boyfriend greatly wane, as all of her time is solely concentrated on this serious case. It would be natural for a plot device like this to inspire all sorts of cheap sentiment and contrived emergencies, but “Erin Brockovich” is not boggled down by any of that. Even when the film tries to provoke a tear, it’s being sincere; Erin’s constant involvement in this case takes away so much time that, even in one moment, she misses hearing her infant daughter say her first word. We don’t sit there and cringe at the emotional responses from any of them. We accept them for what they are—realistic.

Of all the things “Erin Brockovich” is, though, the movie is far from flawless. Many of the minor characters, who attract our interest, get benched before they have a chance to live out their potential, and there are some stale moments in the plot, particularly concerning the contaminated water case as it gets ugly. Both of these quibbles, among others, even interfere with the movie’s most prized asset: Roberts herself, who is so observant and sophisticated in the role of Brockovich that it is often mind-numbing. We adore the characters’ urbanized presence with family and friends, but when she is being sidetracked by a legal plot that lacks many courtroom scenes, suddenly we care less about what happens to her. The film may be a successful character study, but it has a hard time making up its mind on what is more important to Erin: a family or a job.

Still, considering the one-dimensional roles she has been given throughout her career, Roberts does a remarkable job with the material. She’s smart, savvy, has good monologues and embodies the spirit of her character; if I had known more about the story’s background, I’m sure the real Erin Brockovich would have been proud of this portrayal.