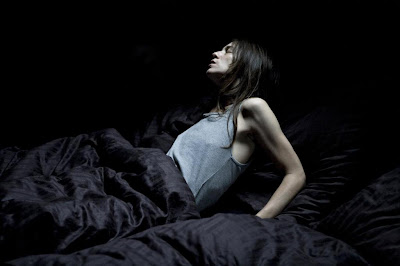 To make a film as divisive as “Antichrist” in a movie climate that laps up torture and despair at the hands of cruel sadists, Lars von Trier made more statements than he perhaps intended to. Created in a vacuum of professional uncertainty and often described by the director as his “therapy” in very dark personal times, the end result became a hot discussion during its premiere at the Cannes Film Festival in 2009. Some lauded what they saw with thunderous cheers (most of the European press was captivated by its frontal implications) and others engulfed that enthusiasm with equally-commanding boos and lashings (one prominent American critic even branded the material as “worthless,” and questioned the sanity of the Festival board for including it in the competition). The festival went on to even honor the endeavor with an “anti-award” – one of the fewest in festival history – and called the end result an exercise in misogyny. In both extremes, the display became the precursor to similar outbursts of enthusiasm (or repulsion) in the hands of its eventual audience. No person who saw the movie was unaffected by the suggestions it made, and no response lacked passionate conviction.

Here is a film – the first in a trilogy about human depression – that occupies space outside of the continuum of merit, and exists purely for reactionary impulses. Maybe it is safer for it to be there, for the sake of itself as much as us. Consider my own relationship with the picture: during a viewing at the height of its theatrical notoriety, I was deeply divided between what I accepted as psychological merit and what I choose to reject on a visual level. Few movies are so dichotomous in their nature, and even fewer manage to operate on those extremes of artistic brilliance and shameless violence. Had I written a traditional review for von Trier’s excursion during its initial run, my feelings would have represented a deafening rejection of its intentions, particularly based on a feeling that the film’s final act abandons natural order for a pandemonium more extreme than necessary. But to have done so would have been short-sighted; and indeed, after repeat viewings in the company of others who offer added perspective, I have come to see it more as an isolated experience of prowess in the hands of a director who is deeply at war with himself. If movies exist to test our emotional and mental stability, then “Antichrist” does so to excruciating detail. It is not a great film, nor is it entirely worthless. Because of its impassioned conviction, placing it on a scale of value is irrelevant.

Executed in stages over a series of narrative “chapters,” the movie tells the story of a couple undergoing extreme psychological changes. The husband and wife – referred to only as “He” and “She” – are played by Willem Dafoe and Charlotte Gainsbourg, in performances of perplexing enthusiasm. In the film’s prologue, the couple are engaged in a moment of intense passion in the shower when their young son, inspired to curiosity over falling snowflakes, climbs up into a window sill and falls several stories below, dying on impact with the pavement. These moments are directed with a strategy of resounding beauty: shot in slow motion and in hypnotic black and white, we see the couple’s sexual exploits revealed to full capacity (yes, there is an actual penetration shot), and the child’s fall is almost agonizing in how unhurried the time lapse is between the fatal stumble and the hard collision. That von Trier overlays these scenes with the words and music of “Lascia ch’io Pianga” intensifies the effect, and underscores the natural order to tragedy, which almost always occurs in moments without any impending implication to the contrary.

What ensues is a pounding emphasis on He and She through a process of psychological deterioration that never waivers from the center of the camera. She is an avid enthusiast into the studies of witchcraft, and He is a therapist specializing in the varying degrees of grief. Her research becomes a conduit for further self-loathing, while his neurosis over having power clouds the mourning process for them both, and in long verbal passages she is compelled to treat the anguish over the loss of their son like it’s a form of detox. That is dangerous for any state of mind so wounded by immense woe, but it becomes the instrument for a series of mental collapses. Then, once the grief is reconciled and the pain deepens, the couple leaves the city for even harsher isolation by travelling to a cabin in the woods – ideal terrain, we suppose, for their emotions to be exposed to an absolute threshold. Something about that sense of seclusion must be inspiring for directors who hope to tip the sanity of their characters. Think of what this did, for example, to Jack Torrance in “The Shining,” or Annie Wilkes in “Misery.” For von Trier, it becomes a ballet of merciless urges that fragment his characters into violent and primeval monsters.

One must marvel at the simplicity of his execution and its unwavering effect on the impulses of the narrative. The story’s desire to isolate them from the burdens of a societal world only expands the agony of their situation. Brief presences of other human figures, particularly at an early funeral procession, are intentionally positioned in the background, and their faces are always blurred. The forceful psycho-therapy that She undergoes always occurs in dimly-lit rooms, and the camera angles shrink them to claustrophobic proportions. And in less grim moments, her sex drive escalates to animalistic tendencies, and He endures injuries from her carnal dominance.

Then there are the exterior shots, staged with certain sterile intentions on part of cinematographer Anthony Dod Mantle, as if he views nature as a filthy hotbed of disorder. One shot regards a fawn walking away from a clearing, and the fetus of her newborn still hangs from her backside; in another, a fox injured from a hunter’s trap stares up at He and utters the words, “chaos reigns” (are they real, or is he simply imagining them?). And at the center of all these surrealistic nuances is a cabin that one could almost anticipate being used as a venue for the ghastly events of a horror film, and it becomes an outlet for the negative energy that scurries through the soil before taking root in the minds of these two tormented souls.

The pulsating nature of the first two acts, however, is amplified to such excruciating detail by the third that audiences are often brought to certain loathing. The violence on display is almost superfluous, and conveys an intention that is murky. Consider a critical sequence in which She drills into his leg and bolts a millstone to it, or another when He is nearly buried alive in an attempt to hide from her. These scenes represent the obvious mental snap at the end of their maddening journey, but they are executed to such harsh juxtaposition from the meditative nature of the earlier scenes, and emerge as exercises in shock value. And then when the camera audaciously takes close-ups in two scenes involving genital mutilation and then castration, the movie nearly loses its excuse to provoke. What do they ultimately say about the director? I suppose, in some roundabout way, what they reveal is the varying levels of response filmmakers have in dealing with inner unrest. Some, like Ingmar Bergman, respond to melancholy by asking important questions through poetry. Others, like Roman Polanski, deal with the subject head-on but keep their perspective in a universe that yearns for deliverance. But here, von Trier masks his sadness with sheer nihilism, and sees no redemption for humanity in a world that commands them to nature’s primordial cycle of anarchy.

In early festival viewings, von Trier was accused by his harshest critics of being a misogynist that traced all psychological problems to women; and indeed, as represented by the sharp mental snap of She, the effect is more distinct and harsh than that of the Dafoe character. However, one must also not neglect the events of the first act, which ultimately amounts to a collection of psychological prods choreographed to calculated detail by her husband, who is more splintered from reality than he lets on. However, the real message is not of blame, but of consequence, and the movie is the culmination of conditions and realities that are out of the control of two weak-minded human beings, both of whom are overtaken by the powerful currents of evil.

I have seen the film three times, and have been left with new insights after each viewing. After the first, the shock of the near-pornographic visuals negated much of the film’s other artistic merits; following a second and then a third, I began to understand the underlying psychology fueling the direction, and even admired the slow, almost Kubrick-esque vibe of the nature scenes in their ability to establish a maddeningly-quiet tone (one of the last shots – of the fawn, the fox and the crow – is spectacular). In all cases, this is the kind of film meant to provoke and leave its viewers with a mental imprint that cannot be forgotten. There is no question that the material is unfairly abusive to its audience. But its purpose rests in a mindset that separates it from most core intentions of this medium. “Antichrist” plays, ultimately, like a study in the inner turmoil of directors less inclined to hold back in moments of suffering, and on the basis of that perspective offers an insight that is unmatched, somewhat intolerable and remarkably horrifying.

"Antichrist" is the fifth article in this series.