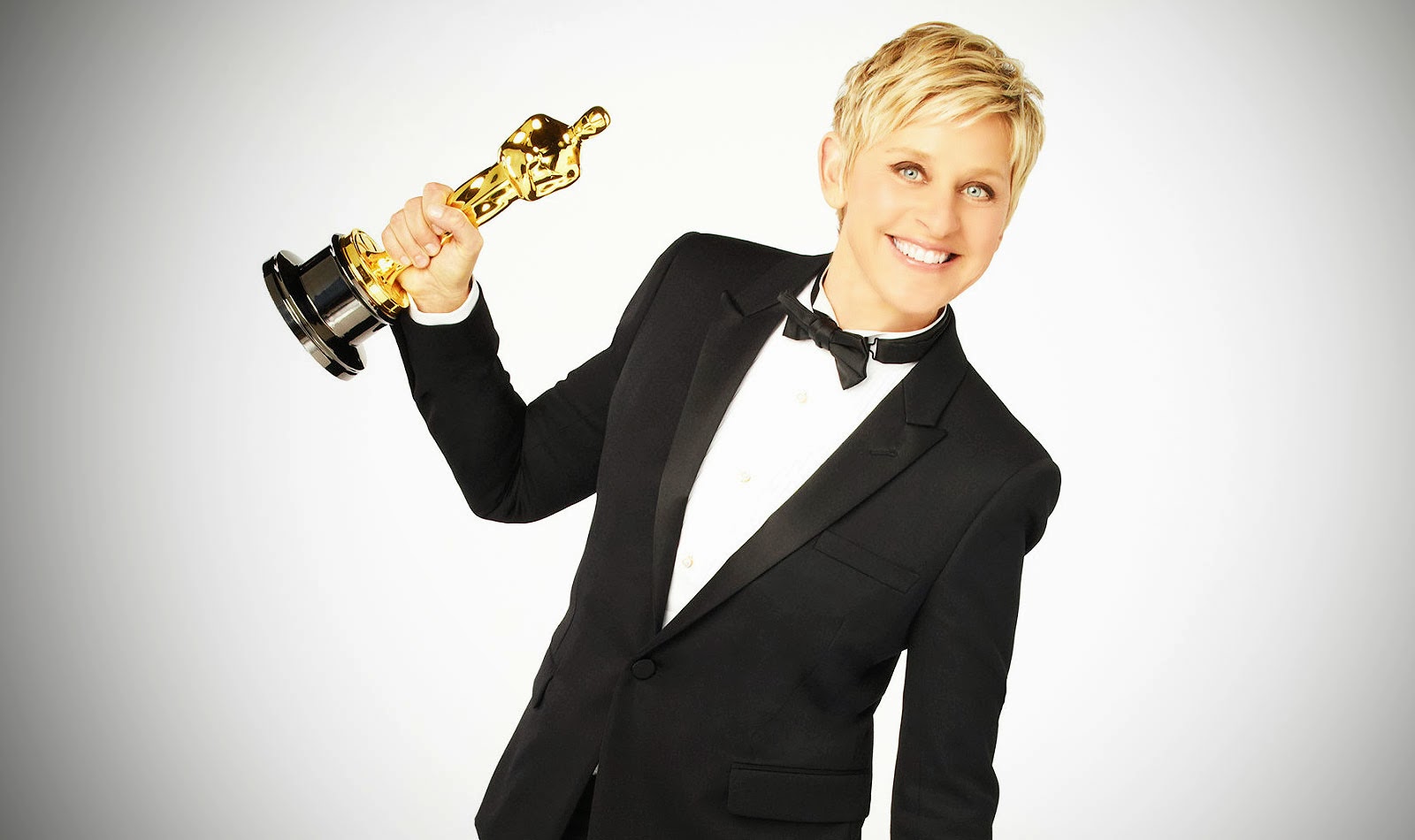 Like friends who move in and out of your life because of changing paths, Oscar and I haven’t seen much of each other in a while. Notable disagreements put a wedge between us over several years, and from that conflict there came a lack of enthusiasm in maintaining a presence at his parties beyond superficial observations and cynical sound bites. Yet somehow, even when our relationship reached a pitch of unfortunate discord, I always figured we would connect again, with little doubt in the reasoning: the mutual love of the movies we both share always unites us as a consequence, just as it does to everyone who goes to the cinema.

Oscar turns 86 this year, which seems to be a good age for a new facet of maturity – on his part as equally as mine. One fundamental disagreement we had over the years was his short-sighted limitation imposed on the year’s best films, which allowed five great successes annually in the most important category but also would create imbalanced scales in an industry where great movies often come in dozens. No example was more appropriate than the 2009 ceremony, when “The Dark Knight” and “Wall-E” – two landmarks of their respective genres – lost out on important accolades because, well, the Academy was still caught in a standard that suggested there was not enough room for comic book adaptations or cartoons in the big races. By sheer luck, someone high up notated this dilemma, and in 2010 a new standard was born: the Best Picture race would allow up to 10 nominations in any given year, and open up opportunities for equally great endeavors (either very mainstream or totally obscure) in getting public exposure. This year, the race includes nine potential victors.

Other streaks of audacity in the recent years add to our respect. Host choices have ranged from strokes of genius (Billy Crystal’s brief return in 2012) to all-out absurd (James Franco and Anne Hathaway) – but in most cases, they weren’t considered “safe” by any means. Surprise candidates show up unexpectedly in key categories. Popularity contests aren’t nearly as driven by impenetrable studio marketing campaigns like they used to be, and sometimes we genuinely see some key upsets. There is, of course, still varying levels of predictability, but that is unavoidable when most movie journalists exist to bet for or against outcomes.

Which brings us to today, the first instance in almost ten years that an article of this nature comes to fruition with my name in the byline.  It is, from a confessional standpoint, extremely blasé to write about Academy Award predictions because the format in which we do them is often infuriatingly straightforward. But it is also a necessary grind, because the award itself continues to cement key players in this industry, open doors for them, and in some cases prophesize the direction movies may go in the coming years. A movie critic who wants to be serious about his job can’t embrace the inevitable ride if he isn’t going to partake in the mandatory traditions, after all.

And on that note, let’s begin the inevitable descent into the crystal ball.

Observations: The best picture race, just as it has been since the category expanded four years ago, includes a diverse crop of contenders. Key among them: Alfonso Cuaron’s brilliant “Gravity,” proving that the expansion is finally benefitting films that reside in less “reputable” genres like science fiction. Alas, despite its immense critical and commercial success, ideas like this have a long way to go in order to stick out in the minds of academy voters generally more enamored by movies with messages. “Dallas Buyers Club” contains one such message, but replicates the premise of “Philadelphia,” just as “American Hustle” seems like it is dressed in the garb of “Casino.” Ditto to “The Wolf of Wall Street,” which is similar to “Boiler Room,” and is also made by a director whose win in 2007 with “The Departed” negates the urgency for more gold statues at this time. “Her,” “Nebraska” and “Philomena” were all critic darlings but retain obscurity in the minds of voters, while “Captain Phillips,” as well acted and written as it was, is cast in the shadow of other recent historical dramas that have already dominated the awards in recent years (i.e., “The Hurt Locker”).

This brings us to “12 Years a Slave,” a movie that, despite its relatively well-known subject matter, seems to transcend all those limitations. Like “Schindler’s List,” it has kept a momentum of consistent praise both within and outside the industry, and fits perfectly into the scenario that involves movies with very important historical themes capturing the spotlight of an awards season. Many critics and awards groups have thus far agreed, and the fact that no modern film about the subject of slavery has made it this far into the awards race is very telling of its outcome. In a year with a broad range of possibilities, the most logical rests in this, a movie that goes to the soul of our own national origins.

Observations: Among all indicators in Oscar races, none has been as consistent as that of the Director’s Guild Award, which has correctly forecasted the Academy Award winner all but seven times since the 40s. This year the award went to Alfonso Cuarón for “Gravity,” an accolade he deserved if for no other reason because of his sheer innovation and creativity in a movie of impeccable technical skill. Because of the wide range of films competing for top honors, splits between the two biggest categories will be a norm, especially as the Academy will attempt to spread its recognition as broadly as possible. Because “Gravity” will not win Best Picture, it simply does not make any sense for this award to go to anyone other than Cuarón. Upset number eight will have to wait a while longer, I’m sure.

Observations: Chiwetel Ejiofor is relatively unknown for an award this prestigious, so one can deduce the nomination itself was his final honor. Christian Bale has had consistent critical and award success in the recent years, but he won a supporting Oscar for his role in “The Fighter,” which takes the pressure off rewarding him again so soon (and, perhaps, for a performance less electric than some of his others). DiCaprio has been grossly overlooked as an actor by the Academy for much of the past decade, but is “The Wolf of Wall Street” really the moment at which we suspect he has reached his peak? It took Kate Winslet half a dozen tries before she finally collected Oscar gold; I’m guessing the same will hold true for Leo this time, too.

That leaves McConaughey and Dern, two fine actors competing for the top prize. Because of his advanced age and inconsistency, Dern may very well never have another shot at winning an Academy Award; this prospect surely assisted Jeff Bridges in collecting one a couple years back (not to mention Christopher Plummer, while we’re on the topic), because the Academy loves giving awards to its veterans in the 11th hour. But can anyone with voting power really ignore just how good McConaughey was in “Dallas Buyers Club,” especially considering how inconsistent and unfocused his career was for so long prior to 2013? The Screen Actors Guild spoke loud and clear on that prospect several weeks back, and I am wagering a guess that the same will happen next Sunday night.

Observations: What has been said about recent winners like Christian Bale and Martin Scorsese holds true here for both Meryl Streep and Sandra Bullock: because their previous wins are still fresh in the mind, they will not be awarded again so soon. Judi Dench last won in 1998 for “Shakespeare in Love,” but falls into the trap of being in the most obscure of all Picture nominations. Did enough people see “Philomena” to make her a significant consideration? Amy Adams, meanwhile, is another one of those evolving screen stars whose greatest of achievements lies ahead; a win for “American Hustle” would almost be premature.

Cate Blanchett, despite a win in 2005 for “The Aviator,” is pretty much the surest bet of the night. Why? Several reasons: 1) her reputation in Hollywood is consistent, as is her ability to disappear into roles; 2) her versatility made her one of only  a handful of actresses to be nominated twice in the same year (2008), which probably weighs heavily on the minds of voters; 3) she hasn’t had a significant starring role in a while; 4) Woody Allen’s leading ladies have a generally favorable track record when it comes to major wins; and 5) virtually all the major industry awards have gone to her already for her performance in “Blue Jasmine.” If this win doesn’t happen, I’m trading in my crystal ball.

Observations: Because Jared Leto was, decisively, the most versatile and challenging in performance of all the supporting actor contenders – and because he, too, has won many of the industry and critics awards – I suspect he will be recognized for his work in “Dallas Buyers Club” (and if McConaughey joins him, it will be the academy’s way of ensuring the movie is duly rewarded for its biggest strengths). Fassbender and Abdi are both alarmingly brilliant in their respective roles in “12 Years a Slave” and “Captain Phillips,” but let’s face it: minor acting awards tend to go towards those in movies that will not see bigger sendoffs.

Observations: There is always an exception to every rule, even the one that suggests recent winners will not see another victory so quickly after the first. Christoph Waltz broke this rule when he won a second supporting actor Oscar with “Django Unchained” last year, and I have a good feeling the same will occur here with Jennifer Lawrence, whose alarming consistency with this and “Silver Linings Playbook” places her at the forefront of the Academy’s mind much in the same way Waltz did with his. If she wins, it will also be the first time in history an actress has won Oscars in the supporting category in two consecutive years. A gamble? Perhaps. But hey, you gotta take a risk once in a while.

Observations: No writer has ever been more consistently praised and awarded than Woody Allen, which puts him at the forefront of consideration in the Original Screenplay category. But if Cate Blanchett does indeed pick up the award for “Blue Jasmine,” that alleviates the need in voters to hand over more gold to his movie, and instead gives the opportunity to a handful of other notable wordsmiths. It’s anyone’s guess beyond that, but I have a feeling the writers branch is still very much enamored with Spike Jonze, who has crafted some of the most brilliant movies (both as a director and as a writer) over the last ten years but is fairly ignored in the awards circuit. “Her” represents his first set of nominations in this ceremony since “Being John Malkovich” from fifteen years prior, suggesting that the time for honoring his impeccable talents has finally come.

Prediction: Spike Jonze for “Her”

Observations: Because “Captain Phillips” will be swept under the rug in most (if not all) of its nominated categories, the chance that it may walk away from the fold with any kind of award are highest in this category. But it will have quite an uphill battle competing with John Ridley’s script for “12 Years a Slave,” which is the all-around favorite of the night. Splits tend to exist between Picture winners and screenplay recipients, but in this case, it’s too risky to assume that Steve McQueen’s benchmark historical chronicle won’t sweep the two.