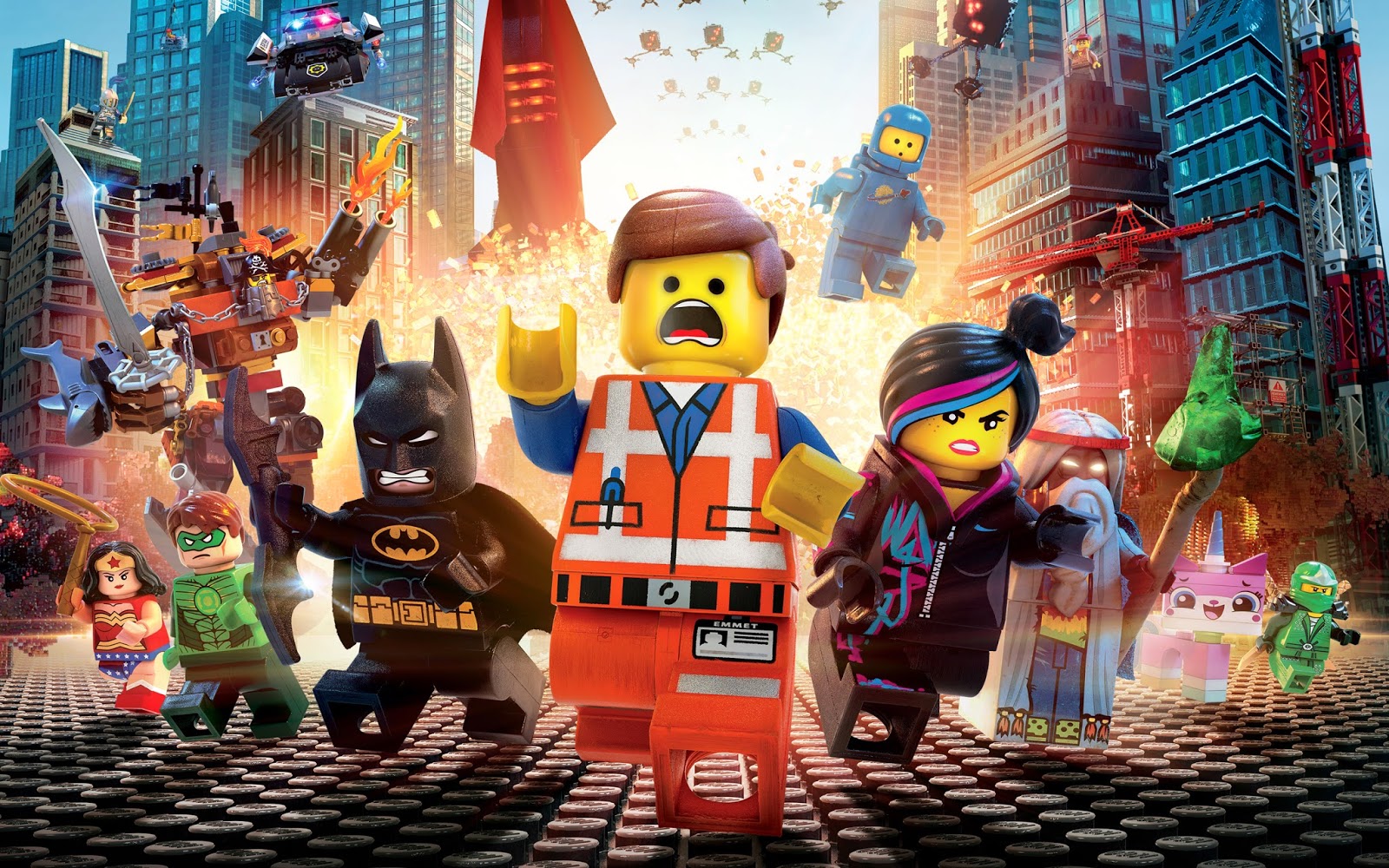 Of the myriad of entertainments at our disposal in the movies, I can scarcely think of one as bizarre as “The Lego Movie” – peculiar not just in the sense that its style originates from offbeat means, but because it manages to use the material as a launching point for a story of remarkable insight. When an idea like this arrives at our notice, who could have guessed that the concept would fall into the hands of movie artists who were intent on wrapping their offbeat images around a stimulating plot? Certainly not this movie critic. With vague reservations, I wandered into a local theater playing the picture several weeks after it had won the attention of box office analysts, curious as to how an endeavor about characters made of blocks could really work in today’s fold. Among the many revelations contained here, the greatest is nothing more than a friendly reminder: never underestimate the power of ambitious filmmakers, regardless of their technique.

The movie plays like a 100-minute excursion into the mind of a child – creative, funny, charming, innocent and colorful, and executed with a whimsical energy that carries us across a plethora of ambitious visual journeys. It revolves around the antics of Emmet, a construction worker Lego character whose life is all about staying within one mode of operation – watching the same shows, laughing at the same jokes, wearing the same sets of clothes, working the same job, and enjoying the same music on repeat (in this case, a generic radio anthem aptly titled “Everything is Awesome”). His life, in essence, represents two things: 1) the banal routine of metropolitan society, and 2) the divide separating casual and dedicated buyers of actual Legos. Casual builders, for example, buy full kits with detailed instructions on how to assemble all their projects; dedicated ones, considered “master builders,” construct on instinct and often create worlds of unique proportions. Emmet and his city are the projection of a standard all about “instruction,” and this sets up a distinct metaphor for the twists that follow.

The revelation: the world’s leader, President Business, is secretly threatening to unravel the world (or worlds, technically) by unleashing a deadly weapon referred to as the “Kragle,” and the only thing that stands in his way originates from a prophecy by an old wizard named Vitruvius, who foretells that a “piece of resistance” will be found by a special master builder, and it will put an end to his onslaught. This weapon’s true nature – as well as piece of resistance that is capable of stopping it – are only two of the countless ingenious plot devices that the movie throws at us, but they emphasize an observant panache that the filmmakers utilize in telling a story that appeals to all audiences. But how can the heroes of Lego world buy all of this as a possibility when the fabric of their society hinges so close to destruction? The wise Vitruvius makes the most comical but apropos observation regarding his prophecy: “all this is true, because it rhymes.”

As far as movie heroes go, Emmet is the epitome of the underdog – ordinary and simple, others see him as nothing more than a blank slate with little purpose beyond the generic social machine. But how true can that really be, if that same brave but downtrodden construction worker is the one who uncovers the long lost piece of resistance that can crush all of the government’s devious plans? When his predicament puts him in the path of Wyldstyle, a rebel whose life has revolved around filling Vitruvius’ prophecy, she expresses a universal pessimism: a man who has lived his life always following instructions can’t possibly be as skilled as necessary for such a lofty role. When a public gathering of master builders containing famous superheroes and fantasy/sci-fi characters assembles in an arena in the clouds, Wyldstyle’s disbelief is echoed in their ranks. Vitruvius, on the other hand, suspects that there is a lot more than meets the eye when it comes to Emmet, suspecting that personal doubt is really what undermines a genuine ability to use intuition to create and build from imagination. The rationalized dialogue that is used to explain this approach is so funny that it sent my laugh meter into hyper drive.

The level of ambition – both in the characterizations as well as the animation – is one of astonishing detail. Using CGI to grandiose means, “The Lego Movie” earns its title because, well, everything is entirely made up of the well-known building blocks. High-rises, characters, ships, natural landscapes and even projectiles from weapons: every facet has Lego origins of some sort, suggesting an impeccable patience on part of the animators in creating a convincing space for this kind of story. There are revelations in the third act that some may not see coming, but those in the audience who are observant enough to notate the details of the president’s collection of relics in the early scenes will not find this twist even remotely surprising. But it is included, I suspect, to ground the material into an identifiable reality. Consider the fact that “Toy Story” gains its footing from the spark of passion that Andy has for his toys, and you begin to sense what actually drives the true meaning of “The Lego Movie.”

Sequels, of course, are inevitable. Warner Bros., who financed and distributed the endeavor, would be fools to not capitalize on what has become one of the most successful gambles of recent memory.  Can the success be sustained? Assuming they allow their filmmakers to work with the same formula that propelled the material of this film, one can imagine this story having the kind of legs normally reserved for the Pixar line. More importantly, though, “The Lego Movie” – and whatever comes of it – symbolizes a new dominance of fresh ideas in feature animation at a time when the affordability of CGI has paved the way for countless formulaic studio yarns. It is as original as cartoons come. I would have never imagined mere Legos heralding this kind of change so late in the game, but there you have it.