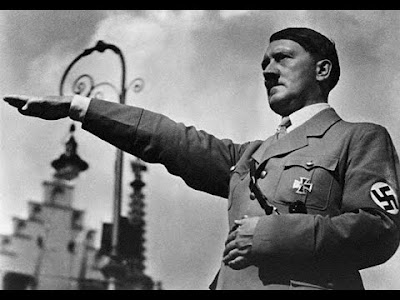 Among the hundreds of endeavors of the 20th century that helped define the intricate language of cinema, two in particular were made from the fuel of dangerous personal ideologies. The first was D.W. Griffith’s “The Birth of a Nation,” and the second was Leni Riefenstahl’s “Triumph of the Will.” Both movies represented a time when historical doctrines could (and often did) disrupt the social progress of their audiences, and yet through them a few of the most revolutionary technical achievements were realized – some that would even go on to set the tone for nearly all filmmakers that were to follow. But to watch them now and regard their aesthetic triumphs is to struggle with the context in which they are used, sometimes to an end that creates alarming moral uncertainty. Can we suspend that which we are at odds with for the sake of admiring the indelible techniques that were born from their ambitious frames, or must we, indeed, consider art as an impossible measure when it is done in the provision of evil deeds?

To reflect on that argument is to consider the concept from a place of more relative consistency. While some – as is the case with the Griffith picture – occupy ideas that are overpoweringly prevalent, others can suggest causes that are far more underlying. Consider Elia Kazan’s wonderful “On the Waterfront”; did you know its filmmaker saw it as his justification for selling out his peers to McCarthyism? Or that “Antichrist” was Lars von Trier’s argument against the theory that the Earth was made in the eyes of God? Many talented creators will freely interject wildly unpopular views into their material when it serves the purpose of raising their art, but good ones will certainly overpower their strange reasoning. By the same token, others less cautious about the perspective have yielded pictures that are virtually unwatchable (one of the more famous, Disney’s “Song of the South,” remains unreleased even to this day). In essence, the issue becomes not one of disagreements but of filters; knowing the causes of storytellers, one may or may not be able to suspend the notion of a dispute – however minor or vehement – for the sake of a detached observation of the material. The notorious “Triumph of the Will,” a document of the 1934 Nuremberg rallies, drops us so far down into the trenches of this contention that there is no easy justification for our tolerance of the images, even for a movie review.

That’s because the film is much more than a composition with thin undercurrents. It is a propaganda piece – unabashed, resolute and straightforward in its intentions, and driven by a machine that saw it as the conduit to the approval of an uncertain populace at a time when National Socialism was still an uncertain concept, however glamorous. That in itself makes the movie a strange and unpleasant experience to endure, even from more distant perspectives; while the visage of Adolf Hitler fills the foreground with a sort of morbid fascination, the hindsight of his rhetoric subjugates the aesthetic of the scenes, giving them an edge of nightmarish possibility. Those who came to it long after the truth was known probably saw it as a rare opportunity to reach understanding in how the events of Nazi Germany were allowed to transpire, but what they ultimately discovered was the folly of the human existence: a damning critique of the collective ignorance of the people, who are often won over not by the wisdom of content but by the fiery choreography of it. That makes it a tragedy more than just a mere record of a troublesome era.

The irony is that Riefenstahl was a skilled filmmaker emerging from the rubble of the first world war when she was hired to shoot this footage, and her prowess would prove to be apt for the angle of the Nazis; an admirer of Hitler while not necessarily involved in party business, her enthusiasm for the camera was exactly what fascism needed to gain significant ground, especially in world where young eyes were magnetized by the excitement of moving media. Just think of the zealous presentation she facilitates here. The movie deals primarily with several days of gatherings between Nazi leaders and party supporters during their second annual congress, but their long and exhaustive diatribes are pumped up by the vastness of high-reaching images bathed in flourishing music. The film’s most influential moment – a long backwards tracking shot that shows the immensity of the crowds – is a celebration of the Nazi political influence as much as it is a wowzer of technical breakthrough. Such material would be easily dismissed if it had been done in the fabric of mere professional ineptitude, but no such concept lingers in these frames. It is a great movie on the scale of its impeccable craftsmanship, and paralyzing in how it polishes the veneer of what the party symbolized to the German people early in their control.

Which brings us to the material itself. It’s a meandering mess. Perhaps not unlike Hitler’s own “Mein Kampf,” the movie represents the fiery pinnacle of the great dictator’s ideas without actually saying much of logic or intellectual significance. In between a countless assemblage of scenes of cheering crowds and military personnel marching in flawless unison, Riefenstahl fills the space with the overwhelming glory of her subject, a man with a strong core that believes, wholeheartedly, in the singularity of his growing movement. His eyes are piercing and focus, and the stone face suggests impossible resolve. But what exactly does any of it symbolize, if anything, beyond the heart-pounding urgency of a new revolution in German culture? Perhaps unintentionally, the movie contrasts certain damning statements with the faces of his youthful witnesses, many of whom don’t bother comprehending what they have just heard. When he incites the masses by indicating that youth must “accept privations” in his empire, why aren’t their eager faces concerned by a proclamation that essentially reduces them to subjects of torment?

The cycle of gimmicks within “Triumph of the Will” are a menagerie of simplistic values: drop the cameras into eager crowds, give them a symbol of illustrious presence and then ramp up their zeal by showing their dictator in a blistering burp of repetitive and circular statements, all sourced from a goal of farsighted prestige. There are no informative revelations buried in the material: it’s all show, celebration and fanfare, filled to the brim with pomp and circumstance and shots of drums sounding in triumph. But it is here that we develop the full first portrait of the man behind the holocaust, and it is a frightening one. This is a monster whose evil impulses are still deeply buried in the mystique of incessant charisma. Three key speeches are subtitled for historical reference, but observers might find them irrelevant because of how little they explain. What I found most fascinating is, perhaps, the least obvious of the details. There is no sense of humanity in any of the subjects. Riefenstahl had a gift for assembling her subjects for the sake of epic establishing shots, but there is never a moment when she bothers to peer deeper into the faces, as if they are soulless pieces of a growing machine. So great and taxing is their unison, however, that one wonders how so many of them could have lasted as long as they did through these rallies. How did they sleep? Were they hydrated sufficiently? Their lengthy cheers are so spirited and their marching so precise that one must ponder the intricacy of preparations – whether they were too emboldened by their movement to think of their human limitations, or if they nearly succumbed to the improbability of the presentation.

Ideas like these were abundant in the old Hollywood epics – long before special effects could convince us that sizeable crowds could be seen standing at one’s feet – but our wonder was leveled by some sense of comfort in knowing they were grand illusions. Everything you see in “Triumph of the Will” is reality: hard and unvarnished truth brought to the pinnacle of horror by a realization that all those faces would become vessels of a terrible ideology. And just as they submitted to the will of their eventual oppressors, many of those followers would spend the next ten years partaking in the oppression and murder of millions of people, both directly and indirectly. Does knowing this implicate Riefenstahl as a facilitator of those tragedies? She never held a gun or believed in death, but she certainly bought into the Fuhrer’s charisma enough to promote his cause. That forces her to wear some level of guilt. But even with the gift of a camera and the inside scoop of an eager Nazi party, how was she to know just how destructive the force in front of her was to become? If it is true, as Traudl Junge once suggested, that charisma cloaks ignorance, was she just another pawn in a game of furthering one’s radical agenda?

Years of interviews and interrogations placed her under immense professional scrutiny following the aftermath of World War II, and indeed her associations with the Nazis put considerable strain on her professional aspirations. Many refused to work with her, and a great many others condemned her to a life of stagnation because of her contributions to Hitler’s cause. But just as the intentions of “Triumph of the Will” are corrupt, the perseverance of the footage has become a historical necessity. It is not without some value beyond technical influence. Some will see it and face psychological quandaries; namely, the question of the intelligence of the first Nazi followers, who probably had no way of knowing the scope of their Fuhrer’s intentions. Could so many, indeed, be so easily roused to support based on a few incendiary words? Did they really understand what they meant, or were they emboldened by the passion of his delivery? The movie is the embodiment of an evil and destructive philosophy, but it must remain accessible for both new filmmakers and students of history, especially if it inspires them to contemplate the moral limits of their respective fields.