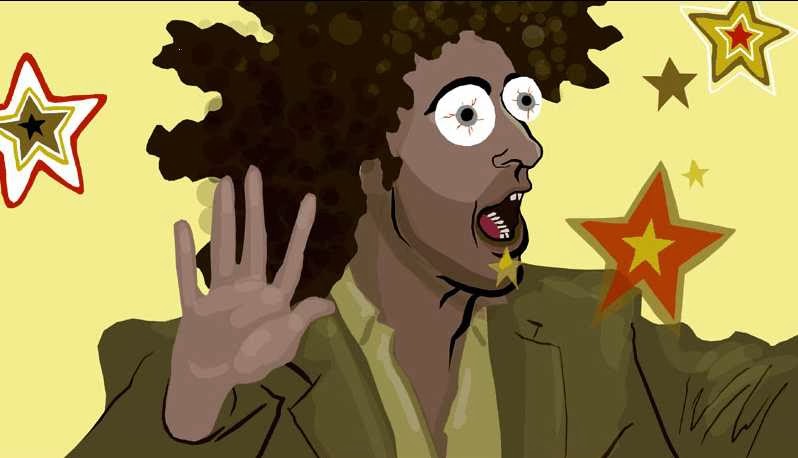 The movie is conveyed with the visual eye of Renoir but the narrative significance of Aristotle. Director Richard Linklater first captured live actors and settings via a digital handheld camera, and then, using computers, he and his crew animated over the footage in a style that has no specific scope or look, but one that seemingly combines elements of watercolor, anime, pointillism and, in some respects, claymation. Every element of the landscape has its own personality; when characters are walking through streets, buildings sway and pavements ripple as if they're living organisms. However, Linklater's script is vessel of confusion that disrupts the ripples in this sea of beauty; he creates a narrative atmosphere with no shape or conformity, no specific character links or names, and absolutely no clear direction. The movie's scenes can practically be watched in any order. And though the topics he chooses to talk about certainly can provoke lengthy and involved discussions, but few of them can be as tedious as the ones utilized here.

Had this been a film with a black screen and only dialogue, audiences would swear that the characters were reading from a philosopher's book.

That's not to say the film is totally without substance. Two key scenes stick out from the rest, one featuring a prison inmate played by Charles Gunning, and another in which a gas station worker and a bartender discuss the use of their guns. The first scene is significant mostly because of its look, as the animation presents the inmate in red flesh, underscoring the character's crude attitude as he foolishly displays traits of bitter nihilism to his listeners. The latter scene, meanwhile, works because the dialogue builds up to a semi-climactic resolution filled with surprise and irony, something that isn't really seen anywhere else in the film. Heck, there is even an effective moment when a character describes himself as the gear of a machine and his head morphs into one.

These sequences, of course, are presented through animation that is fresh yet nourishing at the same time, but that clouds the issue. When moviegoers are enticed by new techniques or ideas, they expect to get a whole worthwhile package. Certainly this was the case with "Memento," a film from earlier in the year that challenged the audience both through its approach and its storytelling. "Waking Life," unfortunately, meets us halfway and then ceases to elaborate. For those only interested in that point, the movie works remarkably well. However, those seeking to discover more than just eye-popping exteriors should wait for something better to pop up.