The Mirror of Perspective 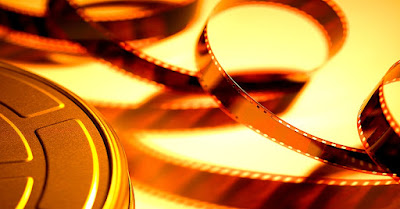 I am slowly emerging from the shadows of the worst period of illness in my life. Never one to resist the attractions of common viruses, 2015 stuck me with three (four, if you can residual contagions). The first, commencing on Mother’s Day after a visit with sickly family members, was the Norovirus. A crippling cold came just a month later. And three weeks after that, I developed a throat infection – later discovered to be bacterial in nature – that quite literally paralyzed me in the clutches of fever and weakness. We thought it might have been strep throat, but after symptoms dissipated in four days, I paid the idea little regard (no one near me contracted anything, either, which violates the principle of strep as a very contagious infection). But then that relapsed further into heavy breathing problems, uncontrollable body sweats and a concerning heartrate. For the first time in most of my adult life, I was fearful that I might have contracted something life-threatening.

Doctor visits yielded antibiotics, pain pills, breathing treatments, even vitamin supplements (in the Pacific Northwest, many of us are victims of Vitamin D deficiencies, and I am on the near-dangerous end of that spectrum). The diagnosis changed twice; first it was pneumonia, then severe bronchitis, then again back to a lesser degree of pneumonia. I gave up trying to decipher the specifics; the only concern I had was that I would ever get better, because all of it was going way too slow for my liking. Two weeks beyond the moment when I felt I had reached my worst, I am starting to feel like a human being again, and able to finally complete simple tasks – like walking to a shower or outside to take out the trash – without it reducing me to a display of gasping desperation.

Perhaps it was because my perspective on debilitating illness has been diminished by fairly straightforward viruses throughout the years that this string took me by such surprise. It was as if the planets aligned for the sole purpose to remind me of my mortality. Nothing I had was close to fatal, but it certainly felt that way; there were days that I literally was conscious for a total of maybe two hours maximum, all in spurts long enough to dope up on prescription medication or take showers to readjust my body temperature. And when it comes to the healing process, nothing delays it worse than stress; because I was relatively incoherent, all concerns turned to whether my sporadic attendance at work would reflect on job performance, and if I would have even had a job to return to.

In the quiet of that time I did what I usually do in solitude, but this time in triplicate: I contemplated by quality of life, my place in the universe. Primary among the questions that filled my head, none was as piercing as the most obvious: what in the world could I be doing to my body that was causing it to react so negatively to these bugs? Why were they coming in so abundantly? It is part of our nature, I suspect, to be critical of ourselves for bringing such things on instead of just chalking it up to a string of bad luck. But whatever scenario may have been authentic, the most important piece of that reflection was the acknowledgment of leading an unhealthy lifestyle of fast food, meat, carbonated beverages and high-calorie junk food. These are not direct causes of such illness, but they definitely facilitate the timeliness in which we might recover from them.

If I am to lead the life I desire, it requires changes: a lot of them physical, some of them mental. That also meant reflecting on the things I was doing as a person; who I was spending time with, how I was managing that time, how I was dealing with those responsibilities in contrast to others, etc. As I got deeper into the thought process of that, I realized how much my social life seems to overpower my creative output. One of the more dependable facets of my creativity has always been my writing, and in these recent weeks I have simply had no inspiration to undertake anything. The source of that problem wasn’t entirely the illness, either; I discovered a lack of interest in keeping my blog up the weeks prior, suspecting I was running out of material to stimulate me. The wall was well within sight before this last sickness overtook me, and being down for the count indirectly became a self-imposed sabbatical.

But the movies themselves, gradually, returned me to more thoughtful sentiments. In between recent visits to the movie theater (usually to play catchup), my time is spent with resonating filmmakers of the past: Bergman, Fellini, Nichols, Kubrick, Powell, even Herzog. It’s been a gradual realization over time that my tastes are more drawn to films with probing subtexts rather than kinetic action, but by most standards even that has accelerated profoundly over the course of the recent months. Most of my newer reviews, one might say, reflect that trend indirectly. While I have written about a handful of 2015 releases in the last eight months, the bulk of content concerns older films, many of them very significant to my definition of resonating movie experiences.

Yet I struggle to stay current in a forum where readership is dictated by the here and now, and usually in bursting increments. My blog traffic has generally seen gradual rises when I publish new content, but articles on very hot films tend to accelerate that process. Readership spikes considerably when I start talking about new releases like “Jurassic World” on opening weekend, for example. It’s just the nature of movie criticism. But I don’t really consider myself a film critic anymore, either; I’m more a literary student of film, struggling to find the balance in a medium that demands persistent coverage of today when the landmarks of the past are really what fuel the most potent of my writing and inspiration.

Some ask why I am so consistently drawn to movies about dark or downtrodden subjects, especially when I write about such films. Part of that, I think, stems from my ability to see a story as a mirror into our own personal awareness. If we are to see the horrible and inexplicable ways characters can live, we are more inclined to reject their vicious cycles. They also, as a dual purpose, inspire the greatest of empathies. The world is so often a tragic marriage of pain and suffering that we often forget to share kind gestures, perhaps because we can be brought to isolation by observing (or worse yet, experiencing) such things. A movie about those subjects can be just as much an act of persuasion as it can be a wake-up call to the human condition. They remind us that we are not alone in our fights, and not unique to many situations. Consciously or not, they possess the power to build our emotional health. And considering where my mind has been in the recent weeks and where it has arrived in this moment, I dread the thought of what the alternative might have been had the cinema not so effectively guided me through this crazy life.