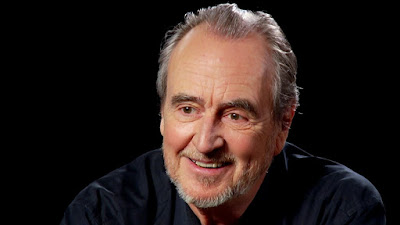 That quote – as well as many morsels of seasoned wisdom, both on screen and off – is now all that is left of the man that once was the gifted Wes Craven. Gone at the age of 76 due to brain cancer, the assemblage of dedicated fans that he acquired over the course of a prosperous 40-year career must now unite in contemplative pause, jolted by the shock of his sudden passing all while trying to remain in perspective of celebrating an extensive backlog of notable film accomplishments. Many referred to him as the “Master of Horror” during the height of his popularity, and perhaps that title is as apropos as any singular classification can be; he was a pioneer that brought foreboding ideas to the height of their fearsome possibilities. What was a scary movie, really, other than a collection of grotesque visuals meant to inspire momentary outburst in local multiplexes in the early years of cinema? When he took hold of the concept, he did the unthinkable: trapped it all into a context of shuddering realism.

The genre we know as horror today is a drastic departure from its origins, essentially because men like him took on the underlying values of such movies with very frontal implications. To go back and see many of the pictures he helmed is to find a spark of influence that seemed as fearless as it was challenging. He must have been possessed by such notions long before he found his niche, I reckon; when the time came for him to direct his first feature film – the low-budgeted “Last House on the Left” – his vision was so spot-on that it suggested early childhood traumas, the sort that implied the real terror was walking all around us rather than in just some implausible supernatural yarn.

“Last House” came and went in a tidal wave of controversy in 1972, and in the fallout of its brief theatrical run, both critics and audiences were sickened by its implications. For years, Craven once admitted, movie studios were afraid to touch him; it was as if they were fearful of how deep he could take them into the heart of moral corruption. But against all sense of time and perspective, the movie has remained a chilling benchmark in its respective classification, a horror picture that takes its ideas so seriously that it seems to discover the place at which we bury our evil impulses. His influence was echoed soon after by the arrival of equally grim horror pictures – like “The Exorcist” and “The Texas Chainsaw Massacre” – and nowadays studio execs are only too anxious to remake his endeavors into modern gorefests.

More movies – including the creepy but silly “Hills Have Eyes” pictures – followed in fairly routine supply, but it was his 1984 outing “A Nightmare on Elm Street” that placed him at the epicenter of the genre map. In a very creative sweep of creative energy, he not only crafted a brilliant picture but also gave birth to the most notable horror movie villain of our time: Fred Krueger, a child murderer hiding in the dreams of his young victims. The movie’s greatest virtue was that it was well written enough to make us believe that such absurd things could be real; the teenage characters were well-drawn and sympathetic, and their cautious movement through a plot thick in psychological torment gave their plight an added layer of tension. It was, by all measures, an anti-Hitchcock film: harsh and unsmiling with no time for any sense of cheekiness (although a decade’s worth of sequels tried, unsuccessfully, to reduce the effect to one of comic value).

The common bond in many of those early pictures was the insinuation that true fear can only be neutralized by our willingness to confront the sources, however horrific. As one watches many of those endeavors, certain trends seem to emerge: strong lead characters (mostly female) who must mix their fear with audacity, smart villains whose impulses are stirred from a place of absolute corruption (natural or otherwise), narrative scenarios in which menacing situations could (theoretically) exist in the real world, and an urgency of production values that create very vivid and believable spaces for all the ingredients to flow in. And though many of his later pictures often lost sight of some of those key ingredients, there was always a sense of Craven’s dedicated thumbprint flowing through them, too.

“Elm Street” earned him his most treasured public moniker, and subsequent endeavors only anchored the sentiment. His “The People Under the Stairs,” initially a flop, was good at establishing mood and style. “The Serpent and the Rainbow” featured a lofty idea wrapped in the skin of a deeply troubling narrative that kept us gripped (even through the thick of absurd twists). And then the “Scream” franchise –consisting of four relatively solid pictures – gave him name value in a modern world where movie characters required a certain self-awareness to heighten the game of survival. As a leading example, the characters in the first picture were all film buffs that recognized the clichés of how teenagers died in slasher films, and often predicted their own demises in the thick of a plot that balanced satire and terror. Nowadays, it’s almost a given that someone in a standard horror movie plot will come equipped with the same sense of conscious acknowledgment – because to anyone making a scary movie in the modern times, it’s no longer enough to just be a screaming slab of meat running in the wrong direction. You almost have to know – even slightly – exactly what you are getting yourself into.

What gave Craven the chutzpah to see this relatively dismissed genre from such a genuine perspective? In many of his interviews, the director was always fairly candid about offering insight. He was the byproduct of a hard marriage in which his mother ruled with a religious thumb, and his early life experiences were the stuff of unending dread. Often isolated from social situations and punished for mere curiosity, there was scarcely a day that went by when fear wasn’t part of his arsenal of responses (the idea for his “Elm Street” picture, ironically enough, originated from age 10 when a homeless man seemed to be spying on him in his upstairs window). Much of that carried over, alas, into adulthood; he felt alien and paralyzed by fright through much of his schooling, and it wasn’t until he was well into college that he even mustered up the courage to ask out a girl on his first date.

Some say the greatest of filmmakers, though, are made so by enduring youthful trauma. Ingmar Bergman, one of the greatest European directors of his generation, experienced a similar upbringing. But Craven inverted those fears not just for the sake of personal catharsis, either; to him, the audience needed to share in those numerous confrontations with malevolence, because doing so would unite them in a collective resolve of inner strength. As we watch these pictures now – now knowing the underlying motives of their talented creator – we begin to sense the profoundness of that quality. A good horror film will test your stamina, but a great one may carry the secret to neutralizing our most paralyzing nightmares. There is no question that Wes carried many of them with him well through his illustrious career, but at long last he has been released from them, and has left behind a filmography that, in many ways, will be the guiding force in allowing us to find our own way through the unforgiving darkness.