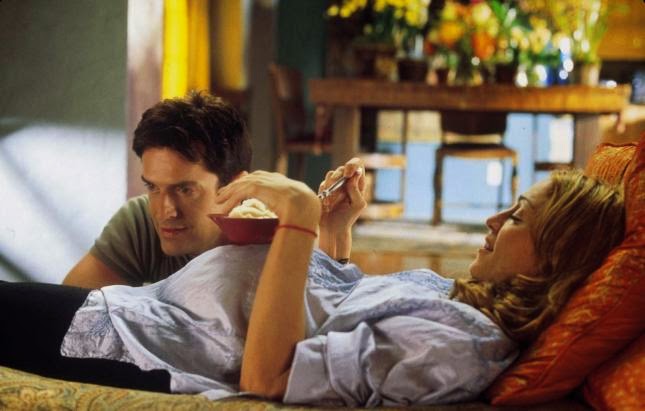 You've got to applaud Madonna. Here is a woman who has managed to weather every harsh criticism that has come her way in the past 17 years, both with her controversial music and her considerably-mixed movies. She's undefeatable; invulnerable to the heaviest of offenses and cruelest of remarks. But that shouldn't stop her from worrying a bit about certain aspects of her career.

Musically, she's one of the greatest women of all time; cinematically, however, very little has helped establish her as a hardworking actress. There are a couple of exceptions--both "A League Of Their Own" and "Evita" showcased talents that we never thought she had to begin with--but most work is, bluntly, complete crap. A 1993 film called "Body Of Evidence" would be exhibit A if there were ever trials that could prosecute actors for horrible roles.

Her newest effort, "The Next Best Thing," proves that she is not the bad actress so many have denounced her as. Unfortunately the movie, like so many others in her career, is a complete miscalculation: an exercise in wasted talent, fragmented decency, useless plot devices, ill-conceived emergencies and stale dialogue. Furthermore, it's amazing how a film so filled with horrible things can manage to be so dreary and dispiriting. Because each of her successful films seem to be followed by three or four bad ones, perhaps Madonna should take the advice of her peers and stick with the music. At least there she doesn't have to worry about flops.

Cast alongside Madonna are Rupert Everett and Benjamin Bratt, who both play two men that anyone would love to see in the electric chair. Madonna's character is Abbie, a Yoga instructor stuck in the same old cycle: she dates, falls in love, and gets dumped. At the opening of the movie, Robert (Everett) is comforting Abbie with a recent breakup. They converse, get liquored up, and--ironically--wind up in bed together. Shortly afterwards, Abbie informs Robert that he is going to be a father. He has gotten her pregnant.

They discuss the options, and decide to live together so they can raise the child. Five years pass, and Robert's relationship with his son is strong. But Abbie begins dating again after a near-permanent withdrawal from love. Her new beau this time is Ben (Benjamin Bratt) who feels so strongly about her that, after she falls for him, they discuss marriage. Meanwhile Robert feels left in the dark by their decision to movie 3,000 miles away--and with the kid. The movie shifts from its comedic tone to a sappy melodramatic one at the snap of a finger; when Abbie becomes a magnificent bitch and attempts to keep her son away from Robert, a custody battle erupts.

The screenplay never manages to even create a likable character; so much time is spent on the insipid plot conventions that their promising personas are altered beyond radical. There are other shortcomings to them as well: Abbie is written with so many similarities to Madonna's lifestyle (the Yoga lessons, the gay best friend, and the noticeable English accent) that it's not even amusing; Bratt's character Ben, whom Abbie falls in love with, is squandered away by a story that doesn't feel any compassion for his aspirations of family life; and Rupert Everett, who is openly gay, creates a screen persona which becomes so mean-spirited that one wishes they could throw him off of a cliff.

Is there any good the movie? Some. The premise itself has its potential to begin with--the idea that a gay guy could mistakenly impregnate his best friend surely goes to show that filmmakers and writers can still crank out simple but unique premises. Then there's the closing credits featuring Madonna's beautiful cover of Don McLean's "American Pie"--proof that we're dealing with a marvelous artist here. But why is their so much cruelty in the movie? Why does it feel so dreary and exercised? Why does the plot resort to the shenanigans of a soap opera? Why is Madonna using a British accent? Why is Rupert Everett playing someone so incredibly despicable? And why, oh why, does anyone think that Benjamin Bratt could succeed at this kind of drivel? In a movie containing three great-looking stars, it's amazing how very little is accomplished with subtle believability. Putting their faces on the screen without any dialogue or sound might have been more entertaining.