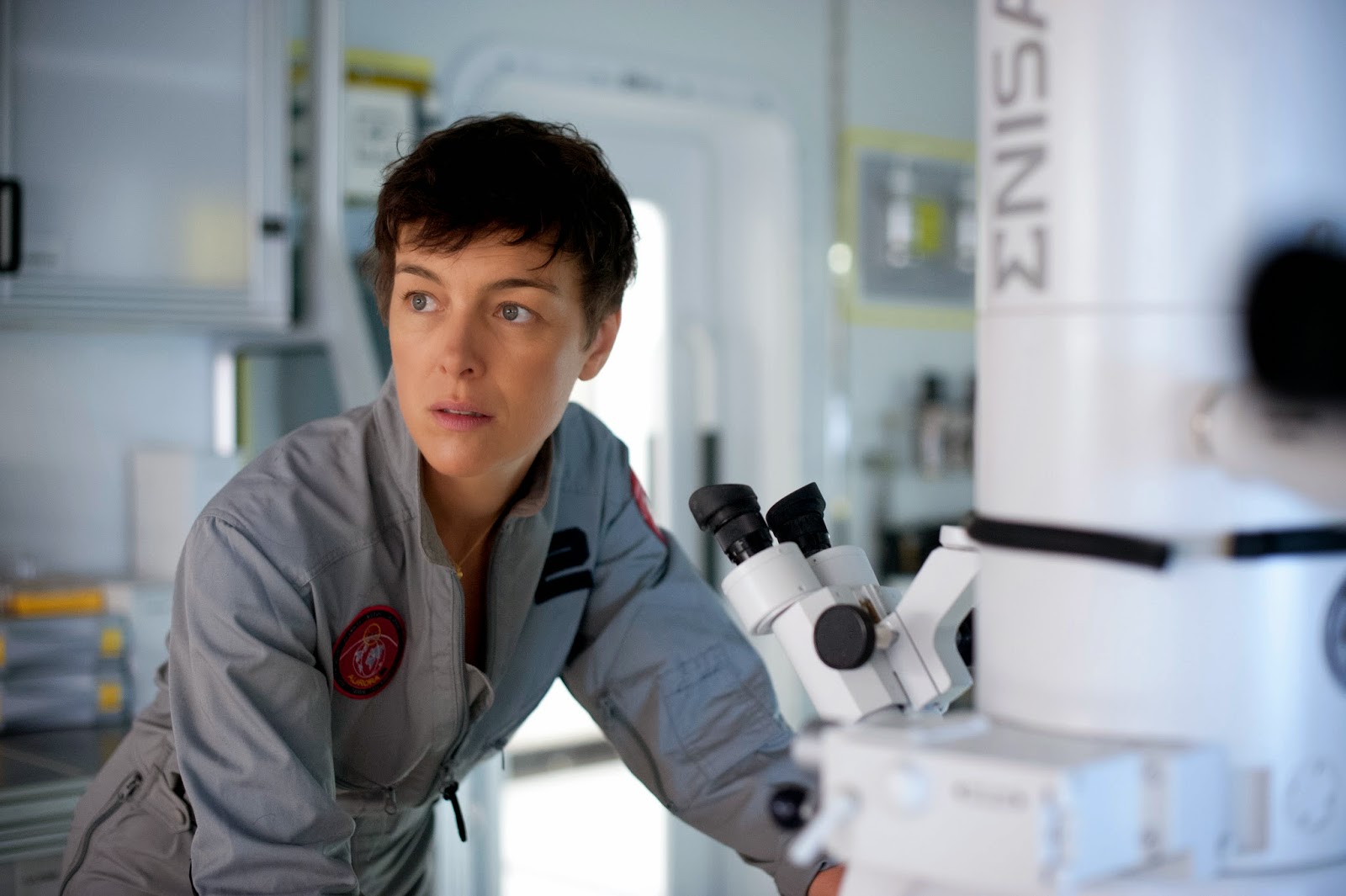 Astronauts hope that technology will one day permit them to walk on the surface of Mars. Only thirty years before, mankind was taking steps on the moon, looking out into the starry universe with hopes that, in the foreseeable future, they could journey even farther than that. At any rate, though, one wonders why it has taken so long to push the boundaries (a college instructor I got into a discussion with once said that we have the equipment right now to walk on the red planet--just not the immediate desire). Machines have already been sent to the surface to take samples of the soil and atmosphere; now we merely await the next step.

Brian DePalma's "Mission To Mars" sees that anticipated event happening a little farther down the road--20 years, to be exact--than we really hope for. It tells of an assemblage of astronauts who have waited their whole life to step foot on the red sand of Mars, and who finally get their chance. Unfortunately, their small steps are accompanied by utter turmoil--sandstorms break out, ships crumble, and a face appears in the red sand. What does it all mean? How will mankind be affected by all of this? Something indeed was once alive on Mars, as science has proved, but never in this expected magnitude.

Too bad the movie is so boring that we don't even care what happens. "Mission To Mars" is your average science fiction disaster, told in a fashion that contains elaborate special effects, promising characters, a compelling premise, and simple failure to use all of these positive qualities to their full advantage. There is one particular scene in the picture that proves how catastrophic this can be; after an involved, complex shot that features the various astronauts bidding farewells to their families at a neighborhood barbecue, a mourning space veteran (his wife died, but the cause is never revealed) named Jim McConnell (Gary Sinise) looks at his friends' anticipation and feels left out. After training over ten years, his wish to be the first to step on the surface of the red planet is no more possible; a completely new crew will go in place of him. Next shot: McConnell is up in the space station and the astronauts have been on Mars for some time. So what happened to the shot in which the first step is taken, anyway?

Of course that's not the only thing missing in this shapeless, dreary space epic. Once the crew on Mars has initiated contact with the space station, a discovery is made in the sand (one astronaut believes it is water, which may be "the key to permanent human colonization on Mars"). When they scour across the sands to investigate their findings, they come to a massive hill of sand, which gives off some sort of frequency reading. Briefly there is silence, then suddenly the sands begin spinning into a whirlwind that swallows the nearby astronauts.

Meanwhile, those aboard the space station are rejoicing in this "leap for mankind." Suddenly a distress signal is sent to them--one of the survivors of the incident reports that the others are dead, and that he may be next. There is no explanation of any kind; not until a rescue crew consisting of McDonnell reaches Mars and discovers what exactly the problem is.

The movie builds up some tension but then lingers along the thin line between being believable and absurd once the ensemble cast has established the problem situation. It is compelling, to say the least, that something of tremendous magnitude can be discovered on Mars shortly after the first humans have walked on its surface; this forces audiences to sit and watch patiently while the astronauts determine what they are up against. But the journey towards any kind of climax is completely dull and pretentious, with the rescue crew battling ship problems so numerous and piled that we feel like we're watching a slow-motion replay of "Armageddon."

And what do we get in return for this patience? A face in the sand. That's it. Oh, and then one of the characters decides that the signals being sent off of its surface is a genetic code of some sort—one in which the humans must complete to verify their existence (or something to that effect). Then the ending itself, which tries desperately hard to tie up all lose ends, leaves more questions unanswered than anything else.

Brian DePalma is a strong director, but for the past ten years has fallen into a realm of sheer repetition (both "Mission To Mars" and "Snake Eyes," for example, begin with one really great swooping camera shot, and end with expressions of complete disgust on our faces). Lately it seems he isn't motivated by any type of well-written script--just material that can account for one or two good long visual shots. And he can't even get that right with this thing; the space-walk and the rotating ship column, two of the best shots in the film, feel borrowed right out of Stanley Kubrick's "2001: A Space Odyssey," which, unlike this movie, used both fresh energy and a compelling premise.

There are minor virtues here; I liked how the film was able to keep its big mystery hidden until near the end, and how the characters were able to make scientific terms and demands seem like they make sense (often in movies, astronauts shout out blurbs that, unless you're a rocket scientist, leave us feeling uneducated). But in the long hall, with everything missing from the movie, "Mission To Mars" is a stunning failure. This is something that should have been halted long before takeoff.