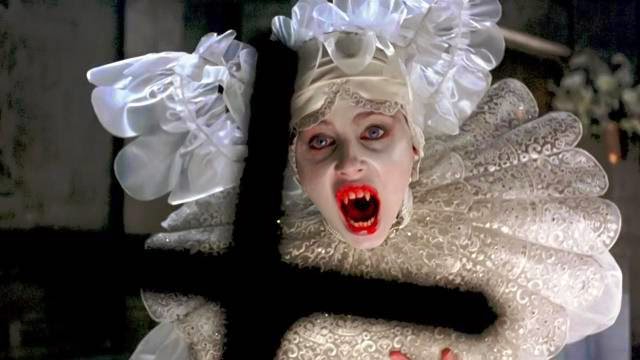 The movie vampire may be one of the oldest living screen creations, but it is also one of the few that has transcended time and formula, evolving with every new generation, always showing up to the cinema well-dressed, established, and heedful of its own deserved existence. It was born on the colorless German cameras of F.W. Murnau's classic silent "Nosferatu," and is once again being revived at the close of this year for Wes Craven's "Dracula 2000." What explains our constant admiration and positive outlook on its illustrious screen career? Perhaps the fact that the sharp-fanged creature is held to higher office than that of his distant cousins—in other words, is more intelligent, more thought-provoking, and most importantly, more realistic than other movie creatures, who have admittedly died out because of their repetitive (but probably ironclad) depiction's. We would normally expect a werewolf or mummy to do in movies the same traditional things, but the vampire has the bearings to take us by surprise, often taking action and choosing victims with unprecedented comfort. Embracing its existence has, needless to say, given it all the more reason to return again and again to the theater screen. We have spurred the bloodsucker's ego, you might say.

I am, of course, speaking for the broad archetype here, but at the mere mention of the word "vampire," one is likely to be most familiar with a single entity under this broad horizon: that of the highly-distinguised Count Dracula. Rigid but calm, he was the elusive creation of author Bram Stoker, who used accounts of the 15th-century warrior Vlad the Impailer to tell readers a story that captured elements of both reality and the supernatural. Since his creation, practically every vampire movie, persona and story have at least mildly been modeled after his existence. And why not? Stoker's literary work is not just highly absorbing and interesting; it's probably the best horror story ever written.

The majority of our vampire movies have used this depiction for their own propaganda in giving the movie vampire a successful screen treatment, and the best of all of the movies is, inarguably, the 1992 Francis Ford Coppola version starring Gary Oldman and Winona Ryder. "Bram Stoker's Dracula" is hardly the most accurate portrayal of the source material, true, but it's regardless one of the most exotic, perplexing, highly ambitious screen treatments we have probably ever seen, brimming with haunting imagery, evocative sets and costumes, and a screenplay that owes much of its success not only to the source material, but to the circumstances surrounding it—that is, the constant temptation to borrow off the structure or style of so many older, similar films, which the screenwriters generally evade here.

The movie opens in the year 1462, in a dark age when Europe has been invaded by hordes of enemy soldiers. War has divided countries and cost millions of lives, but out from behind the shadows rose a Romanian warrior, dubbed Dracula (Gary Oldman). As he armors himself and bids farewell to his tearful wife, the raven-haired Elisabeta (Winona Ryder), he enters the hills of bloody battle, slaying soldiers with merciless effort, but comfort in the notion that he will return home to his wife shortly thereafter. Faux news of the warrior's death, however, is shot into Dracula's castle, and Elisabeta, seeking a reunion, kills herself by jumping into the river. The warrior's return home is an angry and bitter one as a result, and in an instant, he renounces God, drinking his blood so that eternal life will flow through his veins. Why does he want eternal life? Dracula believes his bride will, so to speak, be reincarnated in the distant future, and he wants to be around to embrace her if ever that occasion arises.

Nearly four-and-a-half centuries later, we drop into England, where the young and handsome Jonathan Harker (Keannu Reeves) is sent on assignment to Transylvania, where an "eccentric" Dracula will sign a deal to purchase sporadic land masses in and around London. Harker is not the first man to be sent on assignment there, however; the previous man who was called off on the assignment now sits in a cell at a nearby Asylum, a straight jacket being the prominent accessory in his wardrobe.

Harker, needless to say, is engaged to a beautiful and headstrong woman; a woman that just happens to bear a striking resemblance to that of Dracula's deceased bride. This foreshadows the events of the future, as in the book, in which the vampire's long treacherous journey from the Carpathian Mountains to the lands of England leads to a tearful but poetic reunion with his love, but not without the cost of so many lives and so much bloodshed.

Most of the substance, at least subsequent to the prologue, follows a strong narrative line as the book itself. But it's the characters themselves that add color to the gloomy and often foreboding subtext. Reeves as the naive Jonathan Harker embodies his persona with the right tone and reflection, laying rest to the claims of those that he has no business being an actor. Ryder portrays Mina even better, being an actress who has little difficulty in adopting personas with so many different characteristics, and Sadie Frost has similar success, likewise, as Mina's friend Lucy, who occupies the picture like a 19th-Century tart who has three suitors eyeing her every move. The more well-remembered Professor Van Helsing, who is the only persona in the material conscious of the existence of vampirism, is played with high regard by Anthony Hopkins, especially in scenes that pit him up against the bloodsuckers themselves. But it is ultimately a movie about Dracula himself, and Gary Oldman's performance in the role is probably the best of his time. Oldman's presentation is lavish and complex, with heavy makeup and costuming cloaking his reasonable youth (at least compared to the 500-year old creature he is playing), and his charismatic eyes fill with such passion during romantic scenes that, like the intentions of the book, our sympathy is easily earned. Besides, the gifted actor not only interacts and speaks like a vampire, but looks like one as well.

Director Francis Ford Coppola is a very alert man behind the camera, and adopts a style that is highly contemporary but well detailed in nearly every aspect, from swift but concise cinematography to elaborate art direction, menacing color tones and a musical score that sends shivers up the spine. But by the end, our immediate pleasure is drawn not just from any of the brilliant technical or character aspects, but also from the formula of the movie itself. The outline is familiar, but seldom is there influence from any older or familiar source material (there are a couple of instances where particular scenes could have easily been ripped off from the likes of Carl Dreyer's "Vampyr"). So many times the vampire has paid visit to the screen that the intent of the original story has sometimes become lost in the bewildering number of transitions. "Bram Stoker's Dracula" is the most faithful and passionate movie of them all; a reminder of how it is possible for stories to live flawless screen existences even without much tampering of the texts. 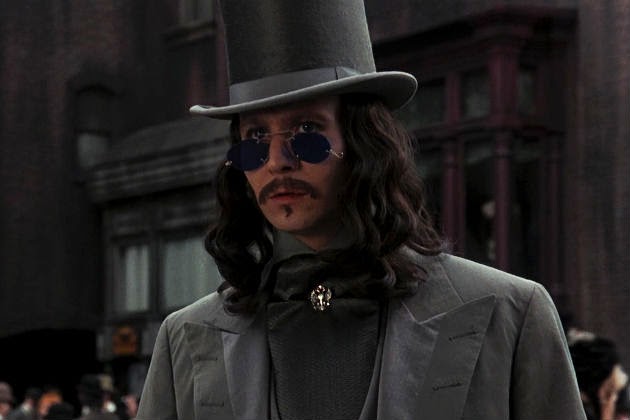