Lessons from Criterion:
"The Night Porter" by Liliana Cavani 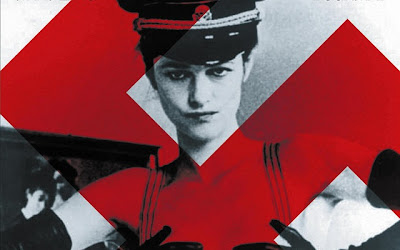 If movies have the capacity to assemble images that exist outside a continuum related to human awareness, then those on display in “The Night Porter” emphasize that possibility with scathing nihilism. You can recognize the dread long before it is even there. An upscale Vienna hotel in 1957 is the setting, with a solitary night porter named Max, played by the great Dirk Bogarde, occupying the celluloid with no intentions other than obscurity (“hidden away like a church mouse,” he says). The plot requires it really, because his past exists in dangerous shadows capable of unraveling him if they come to light. And with good reason: Max was a Nazi doctor assigned to one of many concentration camps during the War, and subjected his victims to varying forms of cruelty, experimentation, and perhaps outright torture. His identity is known only to a select few peers, who too are fascists attempting to reform in an overhauled European society, and they perform routine check-ups on each other to ensure that their secrets remain safe. The first ripple is felt very early in the movie, when Max checks in a group of travelling musicians and instantly recognizes the wife of the conductor (played by the ravishing Charlotte Rampling).

She recognizes him too, and is horrified by the realization. A series of flashbacks commence, showing the woman in a younger state as a victim to mental and physical persecution at the hands of a group of Nazi officers, including Max.  This is knowledge that propels immediate tension in the narrative, and the two manage to avoid confrontation by narrowly missing one another in hotel corridors, sometimes too conveniently. Then they both appear at her husband’s stage production, and are seated only a couple of rows apart. Long and suspicious glances are exchanged, an obvious barrier of ice between them. Then the stares become grins, laced with sexual tension, and it leads more exposition revealing the depth to which the doctor and his victim dove when it came to their grim connection. 13 years of passing obviously did nothing to curb the morbid fetishistic implications, either, because they pick up exactly where they left off: he as the dominating abuser who becomes inexplicably aroused by his display of power, and she as a victim absorbing violence and humiliation in an almost orgasmic way.

The images come fast and succinct, furnished with an arsenal of biting clarity, and seem tunneled from some inner-workings that were deprived of spirit and compassion. We do not necessarily suspect that these are missing core values which drove the director, Liliana Cavani, who once admitted that she believed her movie was really just an honest love story between two conflicted people. Yes, but their “love” – if we dare refer to it as such – emerges from sensations that are not organic to the scenario they are brought together by. Moreover, their feelings do not inspire a state of mind that encourages individual growth, unless one is willing to see their very downtrodden bond in the film’s bleak last half hour as proof positive that anything could exist between them other than sadomasochist desires.

The characters are an enigma, guided by an archetype that requires them to remain unconditioned for the sake of making a statement about the psychology of sexual fetishes. That creates an impossible narrative loop, because the story’s backdrop cannot exist without distinct emotional definition. This also burdens the film’s actors, who are clearly dedicated to the material but must endeavor to restrain their aspirations. Charlotte Rampling, so normally fluent in the language of cinematic romanticism, occupies the celluloid here as if holding back a great deal of honesty, and her formidable gaze reveals not passionate undercurrents but instead a notion of painful submission to a dominate screenplay. And if there is any chord the movie wants to strike in its vain search for sympathy towards her character, it is struck far too late to matter. Here exists a woman who was victimized perhaps beyond comprehension, yet adopts an attitude that suggests physical and psychological suffering is the precursor to a more violent level of foreplay.

The movie is a splinter torn from a wave of so-called “Nazi chic” that swept across world cinema in the early 1970s, mostly in the hands of directors out of Germany and Italy. I suspect there was a need for movies of this nature at that time, mostly as a therapy to their filmmakers; the fascism that ran rampant through both countries during World War II caused considerable atrocity, and film was used by conflicted auteurs as a way to defuse the past and give it finality, and meaning. Cavani was not alone in her conviction, nor was she the most alarming in her execution; a year later, in fact, the filmmaker Pier Paolo Pasolini made “Salò,” and confronted those themes with such alarming visual and psychological detail that it left undeniable scars in a new generation of moviegoers (the director was murdered later that year, and rumors persist that the killer had seen said movie shortly before the killing commenced).

The audacity on display in “The Night Porter” comes from within. Nearly every element of the movie is precise, and crafted by artists who convey passion in every possible trace of their labor. The cinematographer, Alfio Contini, had a career in foreign cinema well before 1974 and maintained professional prosperity there for 30 more years, and with good reason; the movie is shot mostly in a static but well-framed sensibility, creating an unnerving atmosphere long before the subject matter reveals its horrific intentions. This is especially effective in the interior shots of the hotel, some of which require characters to be seen in dark rooms while piercing light creeps in from cracked doorways. There is almost no soundtrack to speak of, either, lending credence to the notion that silence is, indeed, the most effective method in turning a series of plot twists and provocative images into something more pensive. The only notable image contradicting the silent intentions of the film comes in the latter half, when a topless Rampling wears suspenders and an officer’s hat while singing “Wenn ich mir was wünschen dürfte” to a room of nonchalant Nazis. The scene has a disarming effect all its own.

What it is exactly that Cavani wants us to meditate on, however, is unclear. Does she empathize with her characters, who are allowed to build sexual and emotional feelings for one another as a result of disturbing circumstances? I am no more positive of the answer than she is. This much is clear: both Max and Lucia are lovers who find ecstasy on a desire for dominance and submission, and the movie doubts they would get it any other way. The holocaust, however, is not relevant groundwork that creates a sound argument for these implications. This is especially obvious in the last half of the movie, when a renewed desire in both characters becomes something deeper, and the plot requires them to abandon reason for the sake of… love, perhaps? The conundrum is amplified by a story twist in which Max’s friends, also former Nazi officers, realize Lucia is a survivor of the atrocities of the Holocaust and demand that Max turn her over to them (her survival puts theirs in grave danger, after all). Max refuses, and both he and his prisoner become walled up in his apartment where they practically starve to death. The third act is almost repugnant in its dismissal of practicality, and any dogged hope we might have of redemption for either person is abandoned as their madness reaches permanence.

Against the desires of naysayers who might have hoped it would simply drift out of circulation, however, “The Night Porter” does continue to endure; it is a lightning rod of ideas too difficult to discuss in passing, and probably too infuriating on some level to engage in dialogue that will remain civil. That does little to justify the questionable subject matter, which refutes payoff and exploits the very nature of the human beast. But it is, at the core, morbidly fascinating work, choreographed from within a vacuum devoid of feeling and retribution, and spearheaded by a director who must find some sadistic pleasure in being such an exacting provocateur. Few will be able to take their eyes off it; even more will absorb it with certain discomfort. And further still, everyone will leave with some level of passionate scorn towards the plight endured by all of the major players, each of whom have looked karma in the face and then promptly sneered at it.

Further reading: The “Nazisploitation” movement in film, as brief as it was, inspired even more than just “The Night Porter.” The following article from What Culture! Recalls ten of the most popular aside from Cavani’s, and it highlights the sardonic approach that was often used to justify the existence of these movies. However, for better or worse, this also meant they were a lot more disposable than this picture, which at least incites the audience on the basis of having some level of competent filmmaking skill. LINK

"The Night Porter" is the first article in this series.