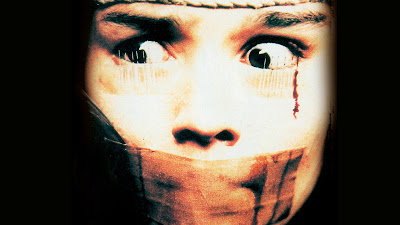 At some point all serious spectators of horror films are destined to explore the trenches of Dario Argento’s catalog. As Italy’s most celebrated impresario of all things artistically macabre, he is a director who does not merely dabble within the traditions of a scary movie: he wraps them in the sort of decisive surrealism that often sits at the edge of our minds, struggling to overtake a thought as it is consumed by visions of blood. To those with morbid curiosity, a filmography that includes the likes of “Suspiria” and “Inferno” doesn’t amount to solitary experiences or even brief sensations. Like mind puzzles, they mean more when allowed to simmer over time instead of being forced through knee-jerk rationale. That can be troubling when one is confronted by the urge to plunge into the membrane of his complicated thinking, and more often than not that leaves more casual viewers with a dizzying conundrum: where in the world should they be expected to start with their education without hitting the wall of alienation? “Opera,” certainly one of the more accessible endeavors in his famous line, remains an ideal launch point for even the most pessimistic of cinematic wanderers.

The trick is finding a common bond to ease into. For Argento’s infamous 1987 scarefest, that connecting point is a premise that mirrors the underlying thrust of “The Phantom of the Opera” – in both, an uncertain heroine in a concert hall is taken on a journey by a mysterious menace lurking in the shadows, usually because he has devious intentions for all those associated with an upcoming production. With the phantom, those motives transcended mere impulse and reflected the loneliness and isolation of a soul tormented by personal limits (not the least of which was his disfigurement). The culprit at the center of “Opera” deals with nothing nearly as unsettling as those details, but his immense sweep through the auditorium hallways is done with the same passionate conviction – there are elaborate missions for him to undertake, especially when it comes to unravelling the mental stability of his unlucky host. A traditional horror film only amounts to the degree of severity of the tragedies, but Argento is not interested in conventional moments here; it is far more important to him to sense the weakening of perceptions in violent scenarios, and the audience follows that process through a journey that seems like a gradual descent into conscious nightmares. Unlike the showmen that remain popular draws at the box office, he wants us to feel something as foreign as it is unsettling.

Perhaps the most divergent of all those notions is how characters respond to the massacre going on around them. The story deals with the mounting of an elaborate operatic production of “Macbeth,” Shakespeare’s legendary cursed play, which is said to feature the talents of a handful of notable opera stars – including a heroine who, conveniently by the rules of a horror film, is run down by a car in the nearby streets just days before the performance is scheduled to go on. That leaves her nervous understudy Betty (Cristina Marsillach), a beautiful and alluring woman, in a state of dismay as she struggles with the challenge of mastering the complex material. The opera’s director Marco (Ian Charleson) subdues Betty’s nerves but is often unable to build her confidence, especially as it becomes apparent that an unseen figure is taking interest in her casting (in an early scene, a perfume bottle arrives gifted, with a cryptic card stating: “good luck, little snake.”) Then, just as “Macbeth” is scheduled to go on, shocking events swirl around the undertaking. Supporting players (particularly women) disappear. A throng of ravens – used as props in the production – mysteriously turn up dead. A man from a balcony falls to his death on opening night, inspiring suspicion in others: was it an accident, or was he pushed in some sort of violent ambush? The camera certainly knows more than the characters do, which only adds to the tension in later increments when the young rising star is ambushed by a culprit in a mask and forced to watch the brutal murder of a close friend.

Her response after surviving that encounter calls to mind our acknowledgment of cultural norms different than our own. An actor in an American film undergoing such trauma, for instance, would react hysterically and undergo a rapid mental deterioration; here Betty responds more cautiously, at first seeming as if she can’t be sure that what she saw was part of genuine reality. Little is said about what she has witnessed to others, and even less regard is given to the corpse of the man torn limb for limb. This is hardly an oversight on part of a pointed screenplay: it is an echo of attitudes that became desensitized to the concept of violence in the shadows of fascist Italy.  That Argento barely tolerates the implication of hysterics in scenarios that seem ripe for them suggests how he can confidently remove himself from the high intensity of his own chaos. These are not mere people involved in a tragedy; they are observers standing outside the action because they belong to a system that no longer feels something in the face of mortal danger. Their calm acceptance is just as much a horrific statement as the violence itself.

The cornerstone of surrealism has routinely accepted this philosophy as conventional wisdom. If it is irrational to lose track of one’s own thoughts in the middle of a threat to safety or livelihood, it is because the images do not come from a place of straightforward realization. The great “Suspiria” exploited our acknowledgment of this ideal to startling depths, and “Opera” rationalizes them in an experience where the murder and mayhem are framed in a more mainstream context. The movie pulses through these sentiments with curious enthusiasm, and the filmmakers take delight in the fact that the audience is pushed to the brink of shock without being given an opportunity to come down off the high (or the chance to rationalize it). Think about the skill of his conviction when Argento repeats the scene of Betty being an eyewitness to senseless murder: at first the killer ties her to a pillar and places needles along her lower eyelids to prevent her shutting them. Their first occurrence is shown implicitly from the moment of capture to eventual release, but by the time the occasion comes to revisit the killer’s modus operandi, the camera steps back further to show the pattern from the perspective of the next victim: in this case, the Opera’s costume designer. Casual observers would barely sense the artistic value of a transition like this – they are too deluded by genre extremes to know that this is a stylistic choice meant to amplify the sphere of danger, in which Betty becomes only a piece in a game where anyone may be subject to a madman’s fatal instinct.

For a tense and strange 107 minutes, that instinct overwhelms a movie in which victims are left paralyzed by their fear, intrigue swirls amongst the patrons of the Opera house, and a faceless killer is quietly encouraged to act because of how ambivalent others remain. The screenplay – also penned by Argento – must eventually move the viewers through the formula of motions necessary to the genre, but few of the movements are done for the purpose of a coherent story. This is a film about the awe of the event, about the savagery of the human instinct and the alarming silence it inspires. Not as many felt that way during the movie’s first theatrical run nearly 30 years ago – the film was only a modest success overseas and did little business in the states – but like a plethora of other misunderstood thrillers of the 20th century it found new life from the eager encouragement of its fans within the industry. Just as Martin Scorsese sought revival for Michael Powell’s “Peeping Tom,” for example, “Opera” earned added credibility by being an imprint in the creative streaks of Eli Roth and Quentin Tarantino (the movie’s most famous shot of a bullet moving slowly through a keyhole was even directly lifted by Tarantino for his “Kill Bill” films). Now it seems almost blasé to cite Argento’s works as obscure reference points to the works of his two most eager American understudies; they have the same necessity as the spaghetti westerns of Sergio Leone or the hypnotic nightmares of Luis Bunuel.

Argento remains alive and well as a fixture in Italian cinema – more often than not returning to the genre that gave him infamy – but few among today’s American audiences have the gumption to explore those achievements outside of historical acknowledgment. Are the fans of “Halloween,” for instance, going to be eager to seek out “The Bird with the Crystal Plumage,” which John Carpenter freely cites as a heavy influence on his style? Will others that adore the Wes Craven catalog care anything about “Deep Red” or “The Five Days of Milan,” both of which contain images that have become all too familiar in the mainstream genre? To understand his work as a mere observer may seem challenging after the roadmaps of our fears have been designed by filmmakers more familiar. Yet movies like “Opera” can be treasures for minds inclined to dip further into the shadows. They are reminders that terror begins with uncertainty, not with howls of obvious pain.