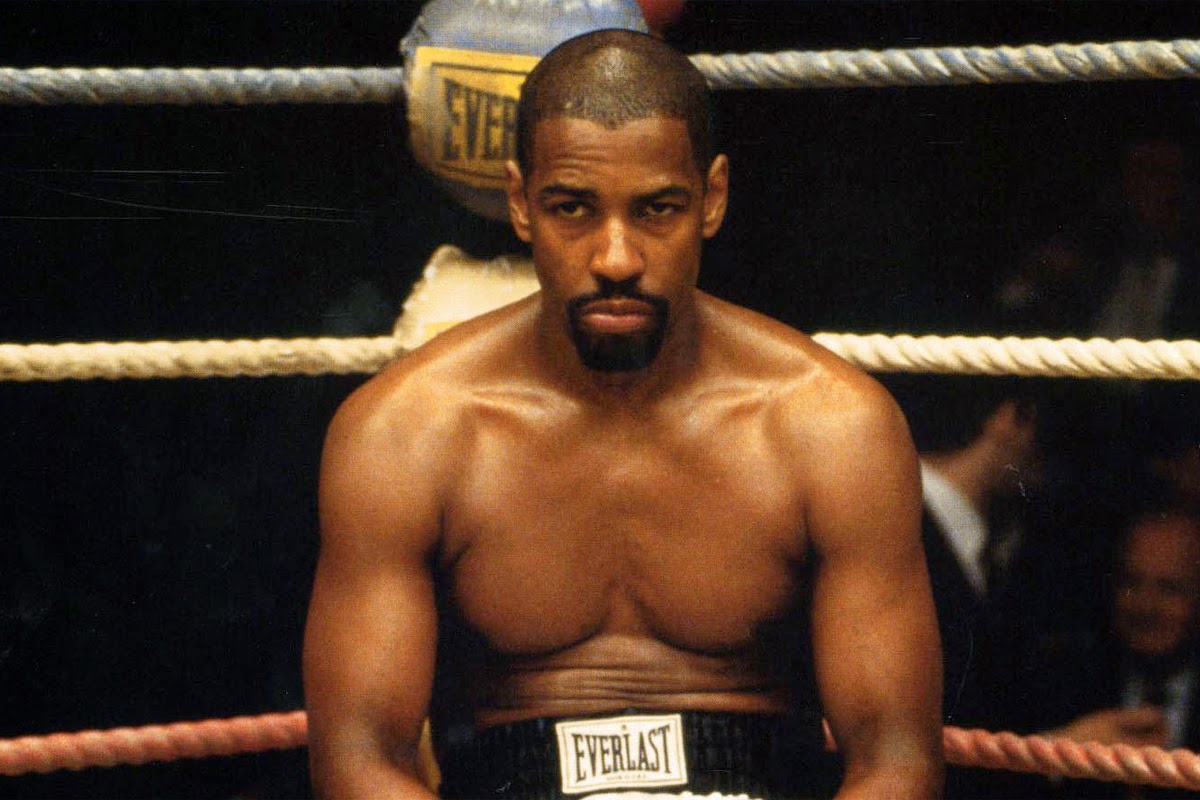 If the 1940s were catastrophic for those involved with war, then the 1960s were something else entirely for African Americans. Here was a period of massively rotten extents for American society, a time when racism was at an all-time high, and respect was seldom given to those because of the color of their skin. Even the few who achieved success in this time period were eventually turned over to the ridiculous intolerance: Martin Luther King, a powerful figure who had the courage to stand up for the rights of his people, was assassinated in 1968; and Rosa Parks, an African American woman who refused to give up her seat on a bus for a white person, was arrested. Another one of these incidents, perhaps the most compelling, is the life of famed boxer Rubin Carter, who won several championships, but was convicted of murders that he did not commit. Faux evidence produced by the police department and sheer hatred were the only reasons he went to jail, really. But as Denzel Washinton, the man who plays Carter, says to a visitor, "hate put me in prison. Love's gonna bust me out."

Of course, movies about painful incidents like these tend to over-dramatize the facts. But what surprised me with "The Hurricane," as I sat and watched all of its circumstances unfold, was how quickly the story and its creditable vision absorbed me. Unlike the recent "Angela's Ashes," which trades in its heart for overdone studio sentiment, this is a history lesson that has much to say, speaks clearly, and leaves tears in the eyes of those who have heard the accounts. From the first minute until the last, director Norman Jewison's portrayal of this story is exhilarating, to say the least.

The picture essentially has two stories to tell; the first is obviously about Rubin "Hurricane" Carter. Already accustomed to the prejudice of his peers in society, Carter aspirated to turn himself into a human weapon. And that's exactly what he did, too--years of hard work and effort paid off when he was able to crawl into the ring with a heavyweight, and take him down almost effortlessly. Now we understand where he gets his nickname.

The second story requires the more practical observation from the audience, because many already know about the first. When Carter has already been sent to jail for crimes that he is obviously innocent of, a teen named Lesra living in Toronto with three Canadian roommates picks up the boxers autobiography, "The 16th Round," and is suddenly in awe of his story. Soon he has initiated contact with him behind bars, and frequent visits between the two provoke a solid friendship. But Lesra is confident that his "role model," so to speak, is innocent, and thus begins a hard and complex investigation of his own of how the justice system responded to his case, and whether or not simple bigotry played an important role in the jury's decision. The situation becomes so complicated that, amazingly, all four roommates move down towards the prison to help rally up some evidence to turn this case back over to the courts for reconsideration.

As far as the specifics go, I'm not very conversant with this material. But the themes and ordeals that these characters experience are far from unrecognizable, so the premise, at least for me, contains some familiar elements to help justify the story. One of the most plausible aspects of the picture is the direct approach Jewison takes with the substance; instead of making circles before eventually honing in on the target, he keeps the focus directly on Carter, who starts out a confident man, but loses his will to fight when the law has turned against him. The portrayal's other distinctive asset comes from Denzel Washington himself, who conveys hordes of emotion as his character's life withers away behind bars. Outside prison, the man is merely adequate; it really takes the tension of the prospect of spending life in jail to kick up his ambitions. This performance may put him in the running for an Oscar nod.

The film is well presented in almost every aspect, from its dramatic stability to its photographic distinction and, ultimately, to its well-devised script. The only flaw here, and perhaps most grievous, is the use of flashbacks--they are certainly necessary to tell the massive story, but some are oddly paced and a bit unexpected at times. Yet it is hard to even feel the slightest frustration towards them, because they are given a translucent focus to help tie up any loose ends. Plus, the black-and-white imagery, often used in movies with flashbacks (a la "American History X") is enough to recommend almost any movie, not matter how massive the quibbles.

See "The Hurricane" for yourself, not just because someone else suggests it. This is a moving, extraordinary work that has something to say to everyone who lays eyes on it. The message will be different for several people, but you cannot ignore the truth no matter how one responds: here is a movie, finally, about real messages and real problems, spurred by an aspect in our nation's history that will forever be remembered as a disgrace to humanity.